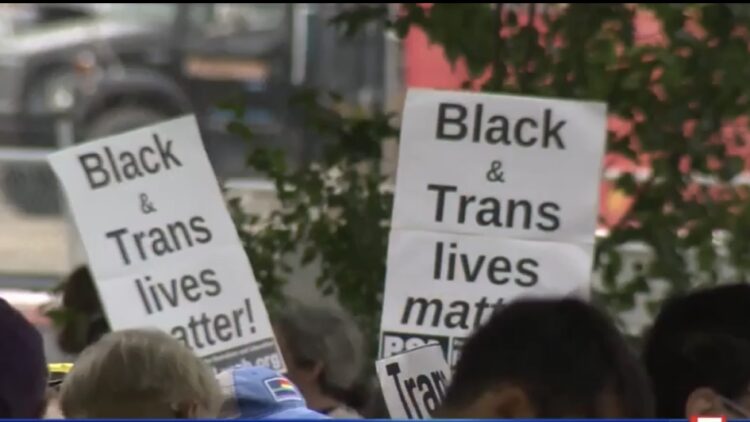 A father says he is considering taking legal action against the Minnesota gender clinic that allegedly tried to refer puberty blockers to his autistic son after affirming him as transgender at nine years old.

“Miles’ mother immediately started taking Miles to the ‘Sexual and Gender Medicine Clinic’ at Centracare in St. Cloud, Minnesota,” Brenton Netz, father of Miles, writes on a website called ‘Save Miles.’ “This is where Miles started seeing Troy Weber-Brown, a “Non-binary, Them/Their/They” gender therapist who over the past three years has completely transformed my son into a mini version of himself,” he added.

Netz alleges a contentious relationship with his ex-wife, Miles’ mother, since the birth of their son. He says one day, 2-month-old Miles was laying on his chest. When his then-wife walked into the room, she became agitated.

“Miles’ mother came through the front door, ‘what is he doing laying like that!?’ She grabbed him off me and started stomping around the house,” Netz writes.

“At one point I was holding Miles in my arms, she came up to me and pushed my head up against the wall. I remember walking into the backyard, still holding Miles, wrapped up in my arms, Miles’ mother stepped out on the deck with a butter knife, ‘do you want me to just kill myself? Maybe I should just kill myself!’ I was terrified.” Netz describes this as the “day it started [that he] will never forget.”

Netz and Miles’ mother soon got a divorce, and Netz bought a small house near Miles so he could establish basic visitation/parental rights. He says he and Miles had a normal father-son relationship, they’d take Miles’ wagon to the city park, watch cartoons, and go swimming in the pool. Shortly after Miles’ fourth birthday, though, he was diagnosed with autism. Then, around his seventh birthday, Netz says the “gender dysphoria” began.

“I walked over to [Miles’ mother’s house] and put a card Miles bought for his mother in the mailbox, and peeked in the front window. That’s when I saw Miles laying on the couch in a pink dress,” Netz writes. “I banged on the front door, Miles’ mother answered. ‘Bren-ton, now Bren-ton, this is what Miley wants.’ I was in complete shock. Miles jumped off the couch behind her, ‘Miley did I make you wear that dress?’ Miles looked terrified, looking up at his mother for approval, then answered, ‘no?’ in a meek voice.”

Netz says he couldn’t believe he didn’t see it coming. Shortly after Netz saw Miles in a dress for the first time, his mother began taking him to the St. Cloud gender clinic. Netz says he was able to get the clinic to release “SOME” of Miles’ session notes, but that they are “disturbing.”

“Troy Weber-Brown now has Miles ‘presenting’ as a ‘transgender lesbian’ some weeks, a ‘birl’ others (that’s both a boy and girl in case you were wondering) and Troy’s own ‘Them/Their/They preferred pronouns. [Weber-Brown] gives Miles ‘homework’ in the form of tranks-kid Youtube videos and cartoons with transgender characters such as Sailor Moon.”

In October 2018, Netz motioned the Stearns Family Court to enforce his standard parental rights on record: joint legal custody, and 50/50 authority in matters of medical, educational, and religious concerns. The court told Netz that he cannot stop Miles’ mother from proceeding with hormonal therapies, and told him any dissenting opinion could be overruled by “expert opinion.” The court also told him that he may have to contribute financially to Miles’ hormone therapy.

Netz says he is still fighting for his son and claims there are “more children being swept up into this contagion on a daily basis.”