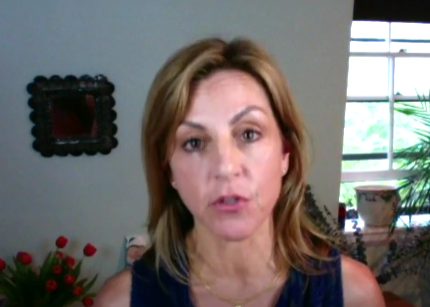 A Harvard professor is facing blowback from her department’s head of diversity for using the words “male” and “female,” and declining to use the term “pregnant people” in her classes on hormones, sex, and human behavior.

In a recent interview, professor Carole Hooven said being mindful and respectful of other people’s choices and teaching scientifically accurate biology courses are not mutually exclusive. “Understanding the facts about biology doesn’t prevent us from treating people with respect,” she said Wednesday.

“You know, we can treat people with respect and respect their gender identities and use their preferred pronouns,” she added.

The Ivy League school discourages the use of words like “male” and “female,” labeling them as transphobic, but Hooven, who has taught at Harvard for 20 years, strongly believes in scientific accuracy taking precedence in the classroom.

She said in the interview that infusing the current standards of political correctness into course material is “incredibly confusing for science educators and for students trying to learn about the world and learn the tools of science and critical thinking.”

Laura Simone Lewis, Director of the Diversity and Inclusion Task Force at Harvard, reacted to Hooven’s statements, saying, “I am appalled and frustrated by the transphobic and harmful remarks made by a member of my dept,” touting that it is “vital” that medical students learn “gender inclusive” language in the medical field. She added that the concept of pregnant men isn’t difficult to grasp.

“Inclusive language like “pregnant people” demonstrates respect for EVERYONE who has the ability to get pregnant,” she said.

“This dangerous language perpetuates a system of discrimination against non-cis people within the med system,” she concluded.

While Hooven encourages other teachers and professors along with the media to “start backing away from using certain terms that they are afraid people will find offensive,” she acknowledges that the consequences of doing so are certainly real, and include social and employment repercussions.

A Harvard student identified only as “Lauren” agrees. She said that there have been multiple petitions just in the span of the last few months which sought to crucify various instructors for “wrongspeak” by publicly identifying and shaming them.

“I think there’s a small percentage of instructors who are true believers [in woke ideology], but most of them are probably just scared of their students,” she said.

Hooven stated that teaching anything other than accurate biology is “doing students and the public a great disservice.”

She continued, “Part of that science is teaching the facts. And the facts are that there are in fact two sexes – there are male and female – and those sexes are designated by the kind of gametes we produce. Do we make eggs, big sex cells, or little sex cells, sperm? And that’s how we know whether someone is male or female.”

She feels that in the current “woke” political climate, “the ideology seems to be that biology really isn’t as important as how somebody feels about themselves, or feels their sex to be.”