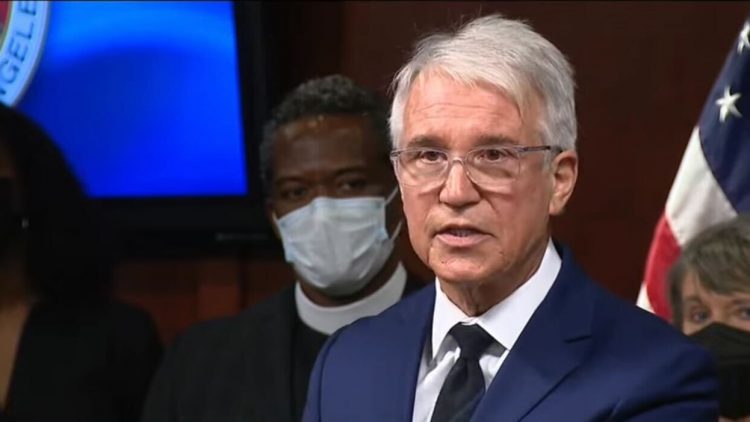 George Gascón, District Attorney in Los Angeles, announced in a leaked memo that he will be offering “diversions” to criminal youth where they may be exempt from prosecution for felony offenses.

“According to this policy, prosecutors in the LA DA office tell me if a juvenile were to follow you home, pull a knife on you, threaten to kill you, then use force to rob you, and they are later arrested, they would be eligible for diversion rather than prosecution,” tweeted reporter Bill Melugin, who broke the story.

“This program will help repair the immense harm that criminal behavior inflicts on our community by giving crime victims the opportunity to actively participate in the restorative justice process,” Gascón said of the Restorative Enhanced Diversion for Youth (REDY) program, under which youth would be eligible for rehabilitation accompanied by the dropping of criminal proceedings against them.

The REDY program already exists in Los Angeles, and the proposed felony exceptions would be an expansion of the program. The expansion would include burglary, assault, vehicle theft, robbery, grand theft person, sexual battery, and arson as crimes eligible for “diversion,” according to the leaked memo. Homicide, forcible rape, gun crimes, and crimes resulting in serious injuries would still be ineligible.

Gascón is known for his vocal advocacy for progressive criminal justice, touting “tough on crime” policies as being racist and ineffective.

Officials with Gascón’s office say that the REDY program seeks to “expand opportunities for young people to be connected with services that support their development while offering opportunities to take accountability for their actions through a process that also supports those who have been hurt and their needs.”

The goal of his approach is to “address the underlying issues that contribute to criminal behavior, such as mental health needs or substance use,” the DA’s office said. Some are expressing concern over the approach, worrying that it rewards criminal behavior, puts law-abiding citizens at risk, and reduces the motivation to stay on the right side of the law.

“This is not ‘progressive’ in any way. It will only hurt vulnerable people and put them at even greater risk,” someone remarked.

“@GeorgeGascon has decided *HE* has the right to rewrite criminal law,” one person tweeted.

“Gascon works for the criminals, not the people. After we recall Boudin, he’s the next to go,” tweeted David Sacks.

“Get out of California,” advised another.

“This is who Democrats are today. They are pro criminal, anti cop. Vote for them at your own peril,” tweeted someone else.

This comes as California is seeing a sharp spike in crime. Homicides in Los Angeles have risen by 52% and shootings are up 59%, per LAPD statistics. The state has also been the epicenter of a now-national epidemic of robberies and smash-and-grab attacks on popular retail outlets.

RELATED: Jen Psaki says the pandemic is root cause of looting

“Smash-and-grabs” were widespread on Black Friday. A Home Depot in California was mobbed by 8-20 individuals under the age of 21. The items they stole consisted of sledgehammers, hand hammers, and crowbars, leaving citizens fearful they would use those tools to strike other locations.

“I don’t know what’s driving all this, but it is of concern and it will continue,” Former Philadelphia Police Commissioner Charles Ramsey said. “It is not going to stop anytime soon.”