Kid admits on video that his mom tries to ‘convince’ him to join LGBTQ community: Watch 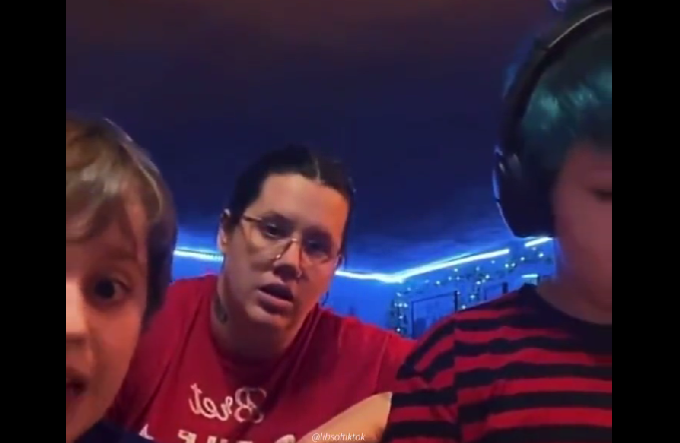 A viral video shocked Twitter users this week as a young child admitted in a TikTok live that his mom pressures him to be a part of the LGBTQ community.

“My mom doesn’t matter if I am gay or if I’m a lesbian or any of that, she doesn’t care. All she cares about is I’m a part of it. And if I’m not a part of it, she’ll try to convince me to join it, cause I -” the little boy said.

“What are you saying right now?” the mom interrupted.

“That I would convince you to join what?” she asked.

“The LGBTQIA+ community,” the child answered.

Reactions to the video were almost entirely negative from all segments of the population, including conservatives, leftists, and members of the LGBTQ community itself.

“And this is what we call grooming,” one person said.

“How not to be a parent 101,” observed someone else. “This is child abuse,” stated another.

“Meanwhile, parents in Canada can’t see their kids due to vaccination status,” fumed someone else.

“The fact that the other kid immediately tries to get him to stop talking is also pretty alarming. And his looks to his mom to see what her reaction will be. He knows what the other kid is saying is true but also knows the mom will be upset if he says it,” stated one person.

“I’ve no doubt this poor child was probably punished for going off script,” tweeted someone.

“Then, she tries to gaslight him, because there’s video evidence,” observed yet another person.

Members of the LGBTQ community were also quick to express their shock at the child’s statement and the mom’s behavior in the video.

“It’s always the leeches that attach themselves to our once inclusive community that has spoilt it. Including those who force it onto their kids. This is sickening #LGBAlliance #LeaveTheKidsAlone,” tweeted someone.

“The lgbt “community” and the queerites are more effective at making me feel ashamed for being bi than any homophobe,” remarked one person.

“This is absolutely blowing my mind. I didn’t throw that second brick at Stonewall so that I could end up seeing shit like this,” tweeted Gay StepDad.