George Floyd mural reduced to rubble after being struck by lightning 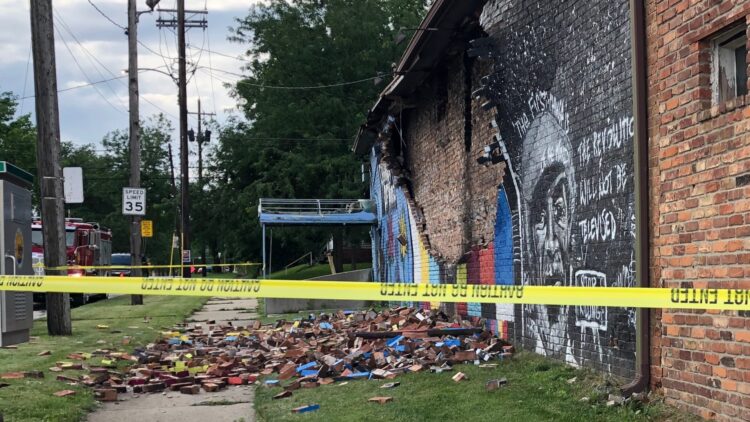 A mural in Toledo, Ohio dedicated to George Floyd has been reduced to rubble after being struck by lightning.

“When I did the mural, there was stuff on the wall that I couldn’t remove, and that let me know how strong that structure was,” said David Ross, the Toledo artist who created the mural. “The lightning thing, that’s possible, but I know it didn’t just fall.”

Ross completed the mural in April and named it “Take a Breath,” in honor of Floyd who was murdered in Minneapolis last Memorial Day by former police officer Derek Chauvin.

A witness who saw the wall fall said they had seen a lightning bolt strike the building. The department later confirmed the strike to be the cause of the collapse. Regardless, Ross says he plans on re-doing the mural at another location.

“I’m not upset because I know I’m going to do it again, whether it was natural or vandalism,” Ross said.

City building inspector Hugh Koogan described the building as old and having structural issues. “It was just age. It just came away,” Koogan said, explaining that the city noticed bowing in the middle of the wall recently. “It happens to the older buildings.”

The collapse of the mural comes as statues of Floyd are being erected across the country, and being vandalized. Some have argued that turning Floyd into a hero does more harm than good for the black community.