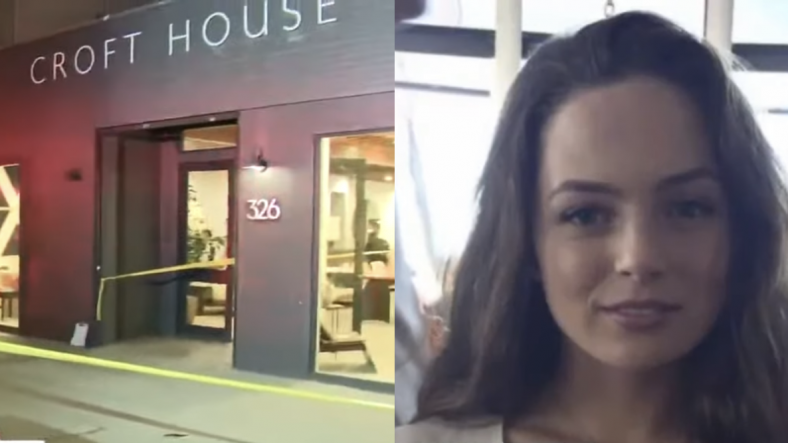 Todd Kupfer, father of Brianna Kupfer who was killed while at work at a high-end furniture store in Los Angeles, spoke out against politicians who let criminals run rampant in the streets.

“Crime is truly spiking, and we have a lot of criminals on the streets that shouldn’t be out,” Kupfer told Fox News in an interview.

“I’m not blaming anybody by name. I blame what’s endemic in our society right now is that everybody seems to be oriented on giving back rights and bestowing favor on people that rob others of their rights,” he said.

Brianna was working her job at Croft House Thursday afternoon when a homeless man entered the store, wearing an N-95 mask and a dark-colored hoodie.

With no known provocation, he stabbed the 24-year-old to death, and escaped out the back. Nearby surveillance cameras captured the suspect strolling down the alley. LAPD have yet to make an arrest.

Kupfer remarked during the interview that we don’t elect politicians because of who they are but because of what they can accomplish in the community.

Host Steve Doocy went on to say that in certain areas of the country, there seems to be “little consequence for crime.”

The murder rate in Los Angeles has climbed over the past few years, and some are blaming the policies of George Gascón, District Attorney in Los Angeles.

Homicides in Los Angeles have risen by 52% and shootings are up 59%, per LAPD statistics. The state has also been the epicenter of a now-national epidemic of robberies and smash-and-grab attacks on popular retail outlets.

Gascón is known for his advocacy for progressive criminal justice, touting “tough on crime” policies as being racist and ineffective.

In December, a leaked memo showed that Gascón will be offering “diversions” to criminal youth where they may be exempt from prosecution for felony offenses.

“According to this policy, prosecutors in the LA DA office tell me if a juvenile were to follow you home, pull a knife on you, threaten to kill you, then use force to rob you, and they are later arrested, they would be eligible for diversion rather than prosecution,” tweeted reporter Bill Melugin.

“This is not ‘progressive’ in any way. It will only hurt vulnerable people and put them at even greater risk,” someone remarked.

Kupfer says politicians “somehow forgot about people and think the key to getting elected is to support the lowest rung of society.”

“We can’t afford to have the good constantly knocked down by the bad,” Kupfer stated.

He wants Brianna’s memory to be that of a kind, ambitious girl who loved her family and cared about her country and her community.

“Everybody needs to love each other more, and it starts at home,” Kupfer said.