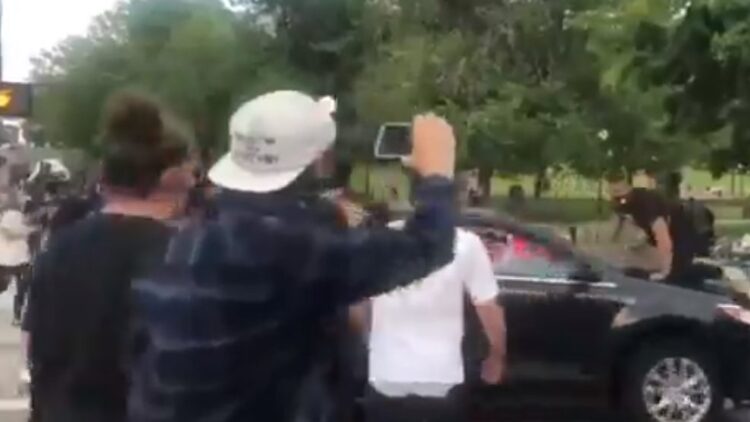 A Denver jury found Jennifer Watson not guilty of third-degree assault for running over a protestor after he jumped on top of her car and smashed her windshield.

“On the evening of May 28, 2020, my client was just trying to get home, driving a route she took regularly when she was diverted by protesters,” a statement from Watson’s lawyer said. “She was alone in her car with her dog when she was surrounded by people who began kicking and hitting her car and taunting and yelling at her. While stopped, Mr. Max Bailey jumped up onto the hood of her car, and her windshield was smashed in two places. She was terrified and fearful for her safety,” the statement continued.

The incident occurred on the first night of protests following the death of George Floyd at the hands of former Minneapolis Police Officer Derek Chauvin. Video of the incident quickly went viral on social media, which showed a male protestor on top of a black SUV shortly before jumping off of it and being run over in the street while the vehicle attempts to flee.

Following the not guilty verdict, Watson’s attorney posted on Facebook, “Ms. Watson should not have been charged. We appreciate the jury’s verdict of not guilty to the assault charge.”