Articles of impeachment to be filed against Biden border chief Mayorkas 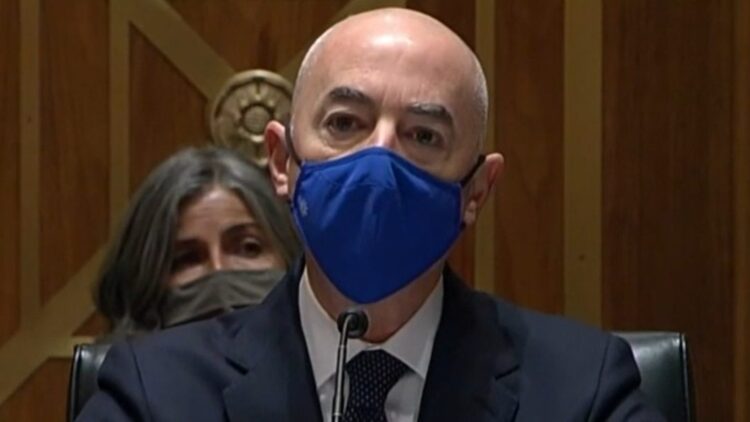 Arizona Rep. Andy Biggs (R) is set to file articles of impeachment against Homeland Security Secretary Alejandro Mayorkas in response to the worsening crisis at the southern border.

“Secretary Mayorkas is a threat to the sovereignty and security of our nation,” Biggs wrote in a statement. “As a result of his actions and policies, America is more in danger today than when he began serving as Secretary. He is willfully refusing to maintain operational control of the border and is encouraging aliens to enter our country illegally.”

Since taking office President Biden and Secretary Mayorkas reversed nearly all of the Trump era border policies and have overseen an almost tripling of the number of illegal immigrants crossing the southern border, from 78,000 in January to roughly 210,000 in July.

“Under his direction, DHS is systematically releasing COVID-19 positive aliens into our communities, subjecting the American people to unnecessary and avoidable risks,” Biggs said. “Secretary Mayorkas is failing to faithfully uphold his oath of office and is presiding over a reckless abandonment of border security and immigration enforcement, at the expense of the U.S. Constitution and the security of the United States.”

“In the coming weeks, I will be filing articles of impeachment against DHS Secretary Mayorkas. Mayorkas is a threat to the sovereignty of our nation & is willfully refusing to maintain operational control of the border. More to follow,” Biggs tweeted Saturday.

Biggs’s plan is seen as a longshot as Congress is controlled by the Democrats. It’s unclear whether other GOP House members back the effort. The House is not set to return from its August district work period until September.