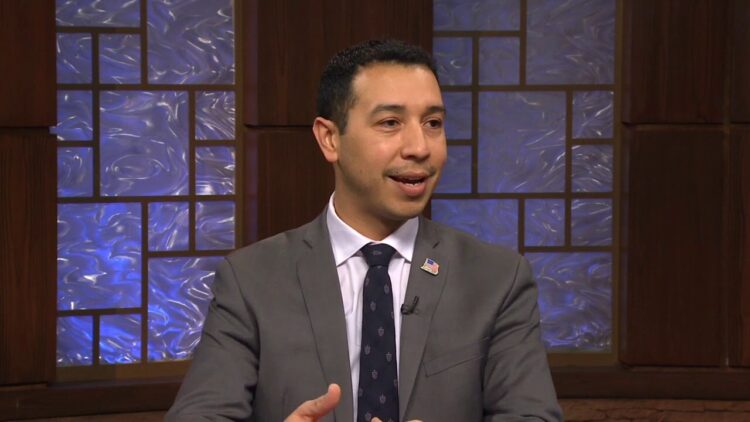 “We are aware one of our members has been arrested and are awaiting further details and for law enforcement to do its job. We will not have further comment at this time,” Arizona Senate Democrats said in a statement.

RELATED: Over 60% of Arizona Republicans say Trump will win in election audit: poll

Navarrete faces multiple counts of sexual conduct with a minor, among other charges, according to the Phoenix Police.

“The Phoenix Police Department received a report of sexual conduct with a minor that occurred in 2019. Detectives interviewed a juvenile victim and witnesses, and on August 5th, developed probable cause to arrest the suspect. The suspect was arrested and is currently in the process of being booked into jail for multiple counts of sexual conduct with a minor, among other charges,” the Phoenix Police Department said in a statement.

The Police also listed the victim as a “juvenile male.”

Navarrete’s arrest comes two days after he revealed he had tested positive for COVID-19, despite being vaccinated. Navarette said he was experiencing mild symptoms while isolating at home. He wrote that “his “diagnosis is not a death sentence” on his various social media pages. He urged others to get vaccinated and wear masks: “I know that people are tired and frustrated, but it’s time to mask up again.”

The 35-year-old Phoenix native was seen as a rising star in Arizona politics until his arrest. He is currently serving his second two-year term in the State Senate and was widely expected to run for State Treasurer. Navarrete is also deputy director of the community non-profit group Promise Arizona.

RELATED: Arizona state senator warns Attorney General Garland: ‘You will not touch Arizona ballots’ or you will go to jail

The Independent Chronicle has contacted the Phoenix Police for comment but did not immediately receive a response.