Arizona state senator warns Attorney General Garland: ‘You will not touch Arizona ballots’ or you will go to jail 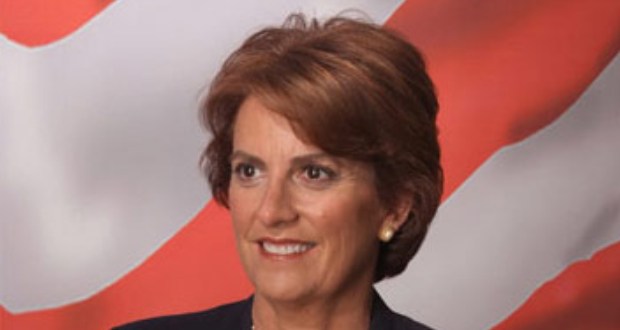 Arizona state Senator Wendy Rogers issued a warning to President Biden’s Attorney General Merrick Garland to stay out of Arizona’s audit of the 2020 presidential election or else he will “go to jail.”

“You will not touch Arizona ballots or machines unless you want to spend time in an Arizona prison. Maybe you should focus on stopping terrorism. The Justice Department is one of the most corrupt institutions in the USA,” she tweeted.

Rogers’ warning to Garland comes after he announced that the Justice Department is preparing to apply “scrutiny” to the election audits taking place in Arizona. The audit is designed to weed out any forms of voter fraud that may have occurred in the previous presidential election between then-candidate Joe Biden and Donald Trump.

“If Attorney General Merrick Garland thinks he has a right to our ballots and machines he should go to court. If he uses force when multiple courts have already authorized this audit he will be in violation of the law. Lawless thugs is all they will be!” She tweeted.

“As part of its mission to protect the right to vote, the Justice Department will, of course, do everything in its power to prevent election fraud, and if found, to vigorously prosecute it,” Garland said.

“But many of the justifications proffered in support of these post-election audits and restrictions on voting have relied on assertions of material vote fraud in the 2020 election that have been refuted by law enforcement and intelligence agencies of both this administration and the previous one, as well as by every court, federal and state, that has considered them,” he added. “Moreover, many of the changes are not even calibrated to address the kinds of voter fraud that are alleged as our justification.”

Karen Fann, the president of the Arizona Senate has maintained that the audit is not meant to “overturn” the election results but rather to restore “trust in the system”, adding that the process will continue to be compliant with all federal and state laws.

“Since the inception of the audit, I have emphasized the crucial importance of transparency and collaboration to its success. To that end, I am happy to provide any additional information and to continue a constructive dialogue with your office to advance our common objective of protecting the rights of voters and the integrity of our elections,” Fann wrote in a response letter to the Department of Justice.

President Biden won the state of Arizona with over 10,000 votes out of the more than 3.3 million ballots that were cast across in the state. His lead against former President Donald Trump is said to be boosted in Maricopa County, where the current audit is taking place.