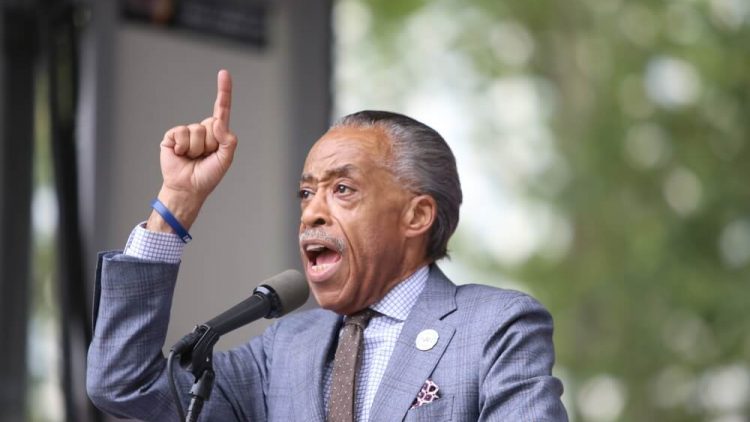 Al Sharpton will lead a delegation to Del Rio, Texas on Thursday to tour the Haitian migrant encampment and investigate border patrol agents’ treatment of migrants.

“I’ve organized a delegation of ministers and we’re going down tomorrow morning to Del Rio. I’ve talked to Mayor Lozano, and he’s going to bring us right where the people from Haiti – the refugees, those seeking asylum – are, and let us see for ourselves,” Sharpton said Wednesday morning on MSNBC’s “Morning Joe.”

Sharpton vowed to get to the bottom of recent photos that some journalists and Democratic lawmakers claim show agents on horseback using and using “whips” on migrants.

“And then, what we did see, why are they on horses? Why are they treating people this way, and what is the difference between how others have come in this country and Haitians come in the country?” Sharpton added.

Del Rio Mayor Bruno Lozano is expected to join the tour and the press conference, scheduled at 1:30 p.m.

Department of Homeland Security Secretary Alejandro Mayorkas said Monday that agents do not use “whips,” and the photos showed agents using reins to control the horses – not whip migrants.

Many Democratic lawmakers expressed their outrage over the photos despite Mayorkas’s assurance that no wrongdoing occurred.

“Haitians fleeing violence & the lack of a credible government in Haiti are being treated like animals. U.S. government cowboys on horses used whips on Haitians as they sought refuge. Why are we following the Trump policies? This horrendous treatment of Haitians must STOP NOW,” Rep. Maxine Waters tweeted (D-CA).

“It doesn’t matter if a Democrat or Republican is President, our immigration system is designed for cruelty towards and dehumanization of immigrants. Immigration should not be a crime, and its criminalization is a relatively recent invention. This is a stain on our country,” Rep. Alexandria Ocasio-Cortez (D-NY) tweeted.

Texas Democratic Rep. Henry Cuellar pushed back against the claim that agents used whips on migrants.

“If there was a problem, it should be investigated, and I think that’s it,” Cuellar said on CNN Tuesday. “But we cannot paint the Border Patrol with the same type of paintbrush. What are they supposed to do, just stand there and let everybody come in? They’re supposed to be enforcing the law.”