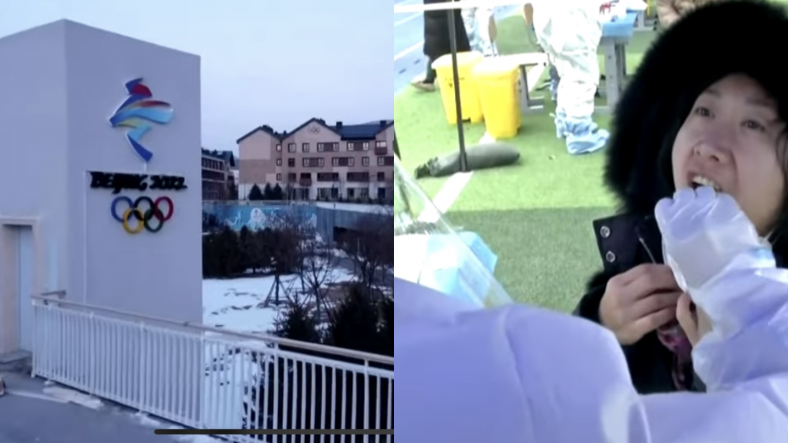 The International Olympic Committee (IOC) announced Monday that not only will tickets only be available to residents of mainland China, but they will only be offered to a small subset of the population, with no tickets available to the general public.

Spectators in these groups will be required to “strictly abide by the COVID-19 countermeasures before, during and after each event,” per the IOC policy.

The IOC’s announcement was not specific as to exactly what the “adapted programme” involves, what groups will be invited, or how they will be chosen. The announcement said simply, “it has been decided that tickets should not be sold anymore but be part of an adapted programme that will invite groups of spectators to be present on site during the Games.

Access to spectate at the 2022 Beijing Winter Olympics had already been denied to anyone not residing in mainland China. The IOC announced in the fall that all international spectators, including family members of the competitors, would be barred from attendance.

Many athletes who competed in the Tokyo Games felt the absence of family and support systems keenly during the 2020 summer Olympics.

Prior to the Games, American gymnast Simone Biles said her parents’ presence helps her control her nerves at her meets.

“It will definitely be weird not having my family there because they’ve never missed a competition,” Biles said. “I’m nervous that I might freak out over that.

RELATED: Simone Biles slammed for dropping out of Olympics for being ‘too stressed out’

“Seeing my family in the crowd and hearing them gave me a little sense of comfort, and what I needed to hear and see to calm my nerves a little bit,” Matthew Centrowitz, the defending Olympic 1,500-meter champion, said at the time.

“We’re going to have to rely on each other a lot more than we would have to if our loved ones were able to come to Tokyo to watch,” said Lindsay Mintenko, national team director for the American swimmers.

“I hope us older swimmers can show them the ropes a little bit and create that family environment,” three-time Olympian Katie Ledecky said prior to the Tokyo Games. “We will make sure we stay in touch with our families and keep them connected to what we’re doing.”

There are also strict Covid guidelines in place for the Beijing 2022 athletes, including mandatory daily testing. The committee has not, however, mandated vaccines for athletes, although some countries, including the United States, have made that a requirement for their competitors.

If athletes choose not to be vaccinated, they will be required to complete a 21-day quarantine upon arrival in China.

“We want everyone at the Games to be safe, that’s why we’re asking all participants to follow these guidelines,” Christophe Dubi, executive director of the IOC, said in a statement. “Keeping everyone healthy will ensure the focus remains on the very fundamentals of the Olympic and Paralympic Games — the athletes and the sport.”