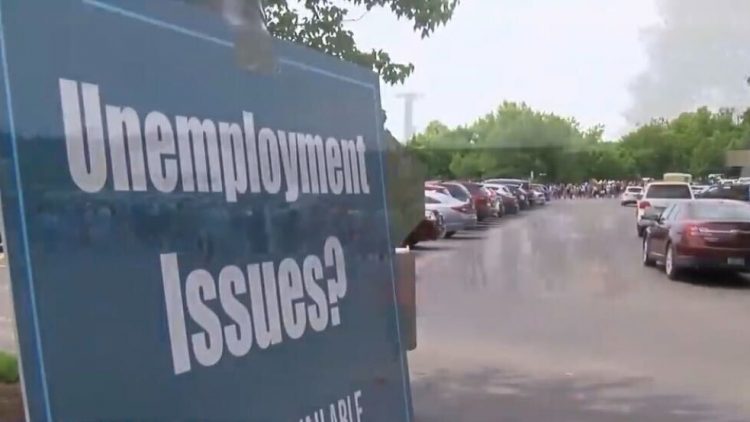 “Government policies may be tipping the scales away from work,” the study reads. “A growing number of Americans receive government assistance, which has been shown to lower employment.”

Record numbers of able workers in their prime are voluntarily leaving the workforce, continuing a trend that has been going on for decades. Senator Mike Lee, ranking member of the JEC Republicans, says that is reflective of the increase in government assistance and participation in those programs.

“As the number of Americans who receive government assistance has grown, more Americans have voluntarily left their jobs,” Lee said. “Congress’ plan to spend an additional $3.5 trillion to provide households with new subsidies and fewer incentives to work would only make things worse.”

The study found that a shockingly low number, 12%, of unemployed men who are considered able-bodied and a prime age for the workforce said they were even open to work, much less seeking it out.

Even though the economic situation in the United States was improving prior to the Covid-19 pandemic, more and more Americans are enrolling in government assistance programs. The number of working-age Americans between the 20th and 50th income percentiles who benefit from government assistance increased from 20% to about 30% between 1998 and 2014.

Evidence also shows that government handouts without any kind of work requirement shrinks the workforce. Housing assistance, Medicaid, and food stamps are all programs that have been shown to reduce employment.

Other recommendations included improving other factors such as the way non-compete agreements are formulated and how we reintroduce recently incarcerated people back into the workforce.

According to October data, the struggling economy in the U.S. has nearly 10.5 million available jobs. In fact, there are more jobs available than there are people to fill them. For each person seeking a job, there are approximately 1.35 jobs available.

Many people are pointing to this study and others like it as evidence that the Democrats’ multi-trillion dollar spending proposals will only exacerbate the negative trend that is occurring. As government assistance is expanded and more readily available, data shows that more and more people choose to live off of government assistance instead of working.

Beyond the economic repercussions, the health of society is also called into question as government assistance programs increase. Studies show that workforce-age men are far healthier and more connected and involved in society when they have a job.

A previous study by the JEC Republicans found that men who were not a part of the workforce were more socially isolated and less happy than working men.

“Work is more than a source of income; it’s fundamental to our ability to contribute and thrive,” Lee said. “Congress must stop making policy decisions that discourage a return to work—we need workers’ contributions now more than ever.”