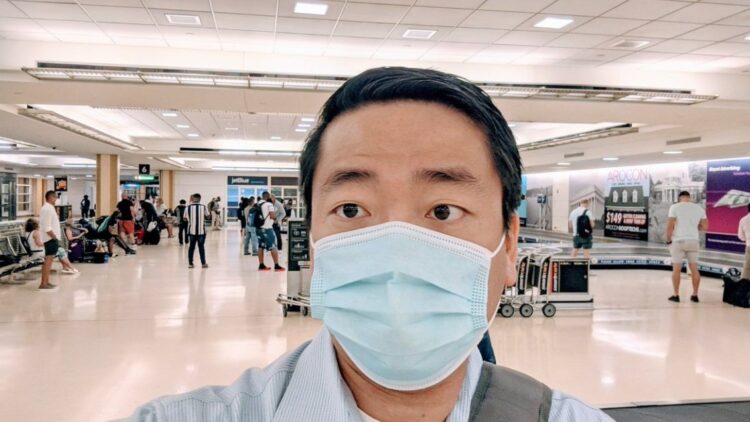 Texas State Rep. Gene Wu (D) received a flurry of backlash after boasting on Twitter that he was “recognized” and “applauded” in Washington, D.C. after fleeing his state to protest an election integrity bill.

“Landed safely in DC. Officially out of arrest jurisdiction of Gov. Abbott. It was wonderfully[sic] to randomly run into people who recognized me and applauded what we are doing,” Wu tweeted after fleeing Texas and landing in Washington, D.C.

“lmao no one recognized you or applauded,” said Caleb Hull.

“In DC having the time of my life with a bunch of supporters. They’re all just out of frame, applauding me,” quipped another.

“Texas candidate happy to get out of Texas. Who is his base? Who runs on a platform of hating your own people?” Said Andrew Kloster.

Various other lawmakers have posted to social media boasting that they fled Texas for D.C. Gov. Greg Abbott has vowed that the Democratic lawmakers who fled the state to avoid the vote on the election integrity bills will be “arrested upon return.”

Wu also raised eyebrows with a tweet from early Tuesday that appeared to threaten to run over those with who he disagrees politically with a truck.

“Because I disagree with you, you want to run me over with a truck? As a father I would expect you would set a better example,” replied a Twitter user.

“So you want to run over those who disagree with you now?” Replied someone else.

“You’re a representative of our state and you actually just said this. This is a really bad take. Threatening to run over your own constituents because they believe differently than you. Wow,” replied another.