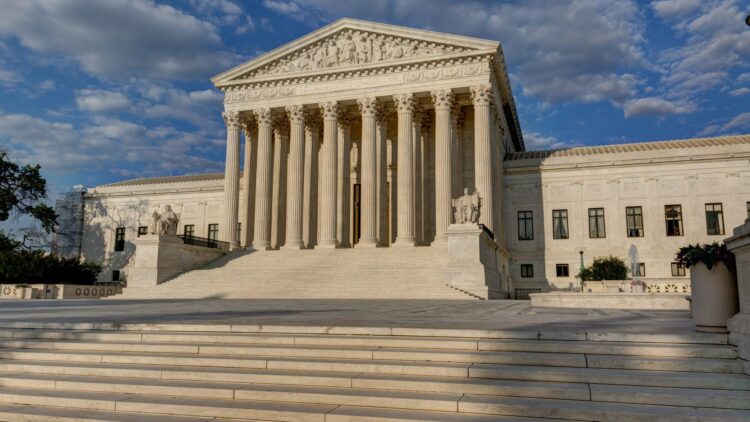 The Supreme Court ruled that illegal immigrants who reenter the U.S. after already having been deported are not entitled to bond hearings.

The ruling was split among the court’s conservative and liberal justices 6-3 and comes after lawyers for the Trump administration appealed a lower court’s ruling on the issue early last year arguing that if the already deported illegal immigrants were released on bond, they would flee.

Lawyers for the jailed illegal aliens argued that many of the detainees were fighting lengthy legal battles, attempting to remain in the United States out of fear of persecution or violence in their home countries. The court’s ruling essentially gives the federal government the authority to indefinitely detain those immigrants who have previously been ordered to be deported.

“The finality of the order of removal does not depend in any way on the outcome of the withholding-only proceedings,” Justice Samuel Alito wrote in the court’s opinion which reversed the ruling by the Fourth Circuit Court of Appeals in Virginia.

The illegal immigrants, in this case, argued that because they sought withholding hearings, the law governing final orders of removal does not apply to their specific situation. Instead, they claimed that the law that applies “pending a decision on whether the alien is to be removed from the United States” is relevant.

Justice Alito shot down that argument, stating that at that point there would be no question as to whether they would be removed from the U.S.

“If an immigration judge grants an application for withholding of removal, he prohibits DHS from removing the alien to that particular country, not from the United States,” Alito wrote.

Alito was clear that this would not mean that the government could detain the alien indefinitely.

“Although the statute does not specify a time limit on how long DHS may detain an alien in the post-removal period, this Court has ‘read an implicit limitation into the statute in light of the Constitution’s demands, and has held that an alien may be detained only for a period reasonably necessary to bring about that alien’s removal from the United States,” he wrote, adding that the court determined the reasonable period to be six months. If the alien is still detained after six months, there would be a chance for release.

Justices Stephen G. Breyer. Sonia Sotomayor and Elena Kagan all dissented. Breyer argued the Constitution and the law generally assume detained people may ask for release on bond if there is a strong presumption they will return for future hearings and trials.

“I can find no good reason why Congress would have wanted categorically to deny bond hearings to those who, like respondents, seek to have removal withheld or deferred due to a reasonable fear of persecution or torture,” Breyer wrote in the dissent.

The decision comes a month after the court previously ruled against green card holders fighting their deportation and weeks after unanimously deciding that immigrants who have been granted Temporary Protected Status in the United States on humanitarian grounds can not apply for a green card if they entered the country illegally.