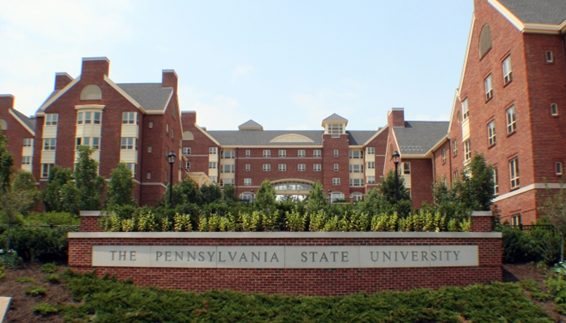 Gendered terms such as freshman, he, him, she, and her will be removed from Penn State’s course and program descriptions after the Faculty Senate approved a resolution to make the campus more “inclusive.”

The Preferred Name and Gender Identity Policy requires the removal of terms like upperclassmen and underclassmen from being used on campus as they are “decidedly male-specific” and “both sexist and classist.” Other terms like freshman, sophomore, junior and senior stem from “father-son conventions”, making them non-inclusive, according to the resolution.

Gendered pronouns in course descriptions such as he, him, his and she, her, hers will be replaced with they, them, theirs or non-gendered terms like student, faculty, or staff member. The resolution argues that Penn State “has grown out of a typically male-centered world,” and allows certain gender studies courses to continue to use terms like feminist and women’s.

“We suggest that the University consider changes to all written materials, including recruiting materials, admissions materials, scholarship information, housing materials, other outward-facing documents, internal documents, and websites,” it reads.

The University will also require students, faculty and staff to refer to others by their preferred name, something they choose to be called other than their legal first name.

“As long as the use of this name is not intended for the purposes of avoiding legal obligations or for misrepresentation, the University acknowledges that a “preferred name” can be used where possible in the course of University business and education,” the resolution states.

“The University reserves the right to refuse a preferred name. Instances that may result in this prohibition include arbitrary or repeated name changes; the use of profane words; names that may be used for fraudulent purposes; or other situations deemed appropriate.”

The decision comes as Republican Governors across the country are pushing back on woke ideology in schools by signing bans on biological males competing in women’s sports and the teaching of critical race theory.

Last year, the University of Michigan proposed banning terms that “can be construed to be, racist, sexist, or non-inclusive.” Such terms included, men, women, boys, girls and grandfather.