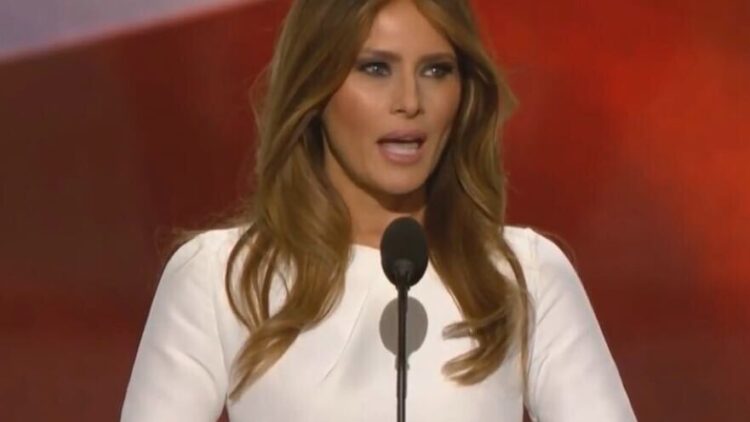 Melania Trump berated NBC historian Michael Beschloss for purporting false information about her work in the Rose Garden at the White House during her tenure as First Lady.

Beschloss posted a plain and barren-looking picture of the Rose Garden on Twitter, mourning its “evisceration” and the loss of an American tradition, and Melania tweeted back touting his “ignorance” and “misleading” account as evidence against his credibility.

“Evisceration of White House Rose Garden was completed a year ago this month, and here was the grim result—decades of American history made to disappear: @dougmillsnyt,” said Beschloss.

“.@BeschlossDC has proven his ignorance by showing a picture of the Rose Garden in its infancy. The Rose Garden is graced with a healthy & colorful blossoming of roses. His misleading information is dishonorable & he should never be trusted as a professional historian,” Melania tweeted in response.

Melania’s goal in renovating the Rose Garden was to bring it back closer to its original design from 1962. Rachel Lambert Mellon did the design during the Kennedy administration.

A photo of Jill Biden’s from May also confirms that the Rose Garden is in robust health and blooming beautifully.

The majority of reactions on social media were filled with hate and insults, with only a few civilly expressed opinions.

“The pic he showed is an old pic-it looks different in full bloom,” observed someone.

“You put in a freaking sidewalk so your heels wouldn’t sink in the grass during the illegal super-spreader events you held there. You took out all the trees that gave structure and height to the garden. My garden is better than that one, now. @BeschlossDC is right,” tweeted another.

“Turns out that the 36 inch walkways were installed so that it would be ADA compliant for ppl with disabilities or in wheelchairs,” said someone else.

“I really hope they add more color! What Melanie did was unforgivable! I almost think she made it horrible on purpose,” said one person.

“She did it out of spite,” wrote someone else.

“What do you expect from a birther?” asked one Twitter user.

“How many languages can you stay silent in? Pick one, and do so,” said another.

“Beschloss is a respected professional historian. To be fair, we shouldn’t expect much from the kind of pro you are,” spat someone else.

“I agree that it was better before. But the truth is that the gardens have been changed many times over the history of the White House. We are letting our disdain for Trump lead us to judge everything as harshly as possible, even when it isn’t really warranted,” observed another Twitter user.

“It was past due for rejuvenation. It looks great. The Rose Garden will celebrate you for another 40 years. Thank you for your stewardship,” Tweeted someone.

Melania was also the target of much hate from liberals during her husband’s presidency. Critics pounced on everything from her clothing to her facial expressions to her public interactions with her husband. Observers have also pointed out that the classically beautiful former First Lady was rarely ever invited to participate in media and magazine pieces. In contrast, Jill Biden has already appeared on the cover of Vogue after her husband has been in office less than a year.

RELATED: Michelle Obama ‘worries’ for her daughters’ safety while driving due to the color of their skin