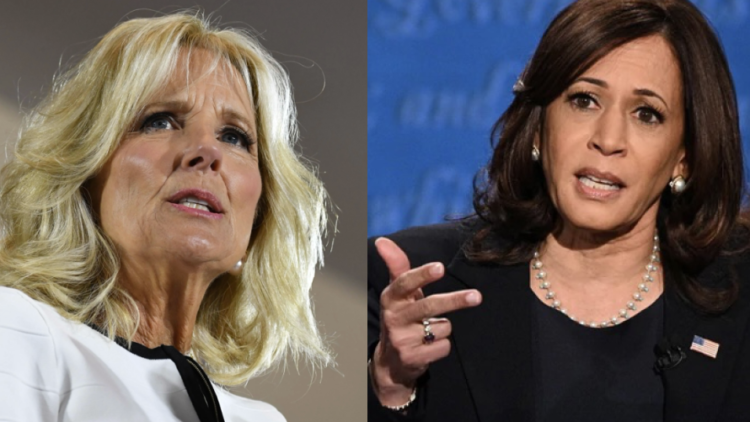 First Lady Jill Biden was reportedly furious with then-Senator Kamala Harris after a June 2019 debate where she attacked her husband on race relations and desegregation.

During the debate, Senator Kamala Harris attacked Joe Biden over his position on desegregation and his willingness to work with known segregationists, implying that he was a racist. Jill Biden reportedly snapped and said, “With what he cares about, what he fights for, what he’s committed to, you get up there and call him a racist without basis? Go f*** yourself.”

Edward-Isaac Dovere, a staff writer for The Atlantic, chronicled the relationship between Joe Biden and Kamala Harris during the 2019 Democratic primary process. His report was published by Politico, in which he details the alleged profane outburst from Mrs. Biden.

Harris attacked Biden personally for his previous praise of two United States senators who “built their reputations and career on the segregation of race in this country… And it was not only that, but you also worked with them to oppose busing,” Harris said to Biden.

“And, you know, there was a little girl in California who was part of the second class to integrate her public schools, and she was bused to school every day. And that little girl was me,” Harris added.

Biden responded by saying, “It’s a mischaracterization of my position across the board. I did not praise racists. That is not true, number one. Number two, if we want to have this campaign litigated on who supports civil rights and whether I did or not, I’m happy to do that.”

When it was time for a commercial break, Biden reportedly leaned over to former South Bend Indiana Mayor Pete Buttigieg and said, “Well, that was some f***ing bull****” in reaction to Harris’ attack.

Since being sworn in as President and Vice President, Joe Biden and Kamala Harris have maintained a close working relationship. Biden appointed Harris as “Border Czar” in March to handle the migrant crisis on the southern border. Harris has also been seen publicly traveling with the President and appearing in many of the same meetings together.

Last month, Harris took on a more active role, greeting and holding talks with Japanese Prime Minister Yoshihide Suga at the White House before President Biden met with him.