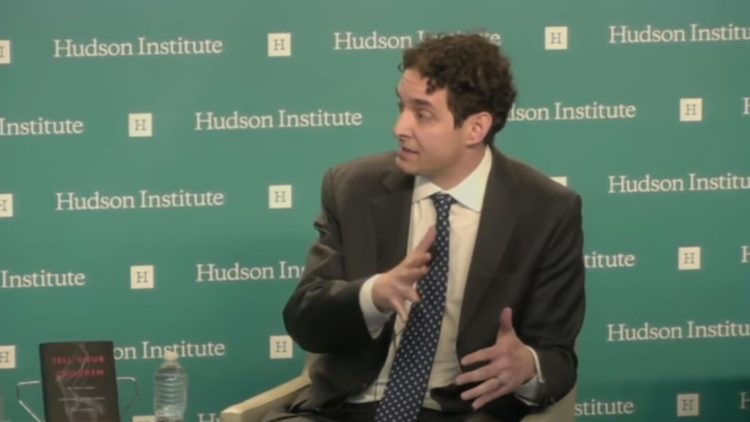 Independent journalist Alex Berenson is suing Twitter for violation of free speech after they kicked him off the platform for spreading “misleading” information regarding COVID-19 vaccines.

“Mr. Berenson’s claim that the COVID-19 vaccines do not ‘stop infection’ or ‘transmission’ of COVID-19 was true at the time and is true now,” his attorneys argued.

“It is undisputed that vaccinated persons can contract and spread COVID-19,” reads the lawsuit, pointing out that the tweet is not contradictory to interviews with Dr. Fauci himself, where he stated publicly that vaccinated individuals can still contract and transmit Covid.

Berenson filed the lawsuit Monday in the US District Court for Northern California. Berenson is seeking an unspecified amount in monetary damages as well as a reversal of his permanent ban from Twitter.

“It doesn’t stop infection. Or transmission. Don’t think of it as a vaccine. Think of it – at best – as therapeutic with a limited window of efficacy and terrible side effect profile that must be dosed IN ADVANCE of illness. And we want to mandate it? Insanity,” read the tweet that got Berenson banned from the platform.

Berenson’s suit includes claims that Twitter violated his First Amendment rights, and it charges the platform with false advertising and violating California common carrier law. Berenson has been an outspoken opponent of draconian lockdown measures and government control stemming from Covid, calling it “a new age of censorship and suppression.”

The primary portion of the lawsuit does not even rest on the accuracy of Berenson’s tweet, but instead focuses on the role Twitter should be allowed to play with regards to censoring platform content. “Twitter’s role in public debate in the twenty-first century resembles that of the telegraph in the nineteenth,” reads the lawsuit, arguing that legally, Twitter is just a “common carrier.”

Another part of the lawsuit contends that Berenson has “a uniquely viable claim” that the social media giant acted with political motivation “on behalf of the federal government in censoring and barring him from to its platform.” The claim also notes the timing of Berenson’s ban coincided with President Biden putting public pressure on social media companies to crack down on COVID-19 “misinformation” online.

“Information has never been more plentiful or easier to distribute. Yet we are sliding into a new age of censorship and suppression, encouraged by technology giants and traditional media companies,” Berenson wrote in an article in the Wall Street Journal.

“As someone who’s been falsely characterized as a coronavirus ‘denier,’ I have seen this crisis firsthand,” he continued.

When announcing the filing of his lawsuit, he said, “Remember, folks – Don’t take the law into your own hands, you take ‘em to court!”

Berenson has been far from inactive in the months since his August ban, publishing a best-selling book entitled “Pandemia.” He also works as a journalist for Substack.