If GOP primary were held today Trump would win: poll 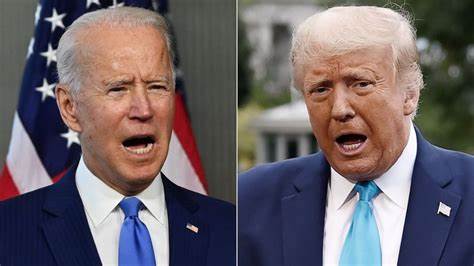 “While defeated candidates rarely come back, Trump has a strong lead in the Republican primary especially among the most dedicated Republicans,” Mark Penn, the co-director of the Harvard CAPS-Harris Poll survey, said.

A majority, 58%, of Republican voters said they would vote to put the former president back on the ballot in 2024. Former Vice President Mike Pence comes in a distant second with only 13% support.

If Trump doesn’t run, the other candidates score much higher with Pence receiving 32% support, DeSantis 20%, and Sen. Ted Cruz (R-TX) 14%.

While GOP voters tend to favor Trump as their candidate for 2024, Independent voters and Democrats combined view him to be polarizing with a split 48% to 47% in favor of him.

“Facebook may have done Trump a favor as since he is out of the daily social media traffic his numbers have risen to an unprecedented 48 percent favorable,” Penn said. “But the polarizing opinions on Trump make him today as likely to sink the Republican Party as help its return.”

General election voters give the former president a 2-point advantage when asked if he was a better president than Biden, with 51% to 49% saying he did a better job.

The Harvard CAPS/Harris Poll survey of 1,578 registered voters, including 490 Republicans, was conducted from Sept. 15 to 16.

The GOP primary poll comes as a new Fox News poll found that less than half of registered voters believe Biden has the “mental soundness” to serve effectively as Commander in Chief.

RELATED: Less than half the country believes Biden has the ‘mental soundness’ to be president: poll