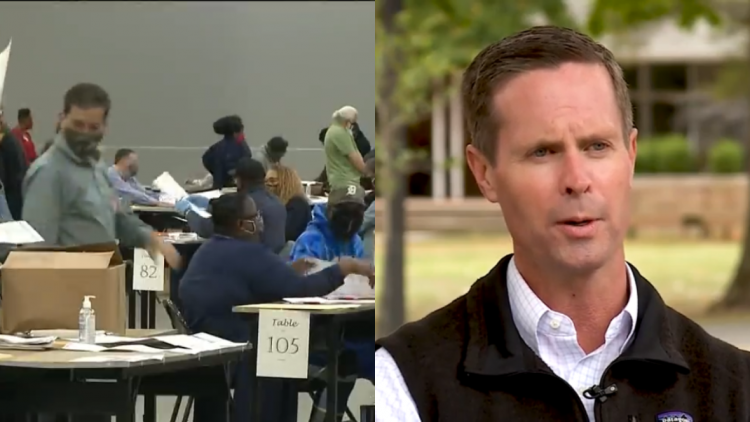 U.S. Representative Rodney Davis (R-IL) sent a letter to the Fulton County Board of Elections Thursday seeking answers and accountability for 300 voter registration applications that were illegally destroyed.

“Situations like this one in Fulton County do real damage to voter confidence in our election systems and outcomes at a time when we can least afford it,” Davis, ranking member of the Committee on House Administration, wrote.

The letter, obtained by the Daily Caller, asks how the county means to ensure that the next election is fair and secure, and seeks an explanation for how the ballot destruction situation occurred.

“Please respond with an explanation of the process your office uses to ensure that all voter registration applications from eligible persons are processed according to law, including a detailed explanation of the safeguards in place at the time of this incident,” the letter reads.

State law requires board of election officials to keep election documents related to primary or general elections for 2 years after the election. Election workers discovered two colleagues destroying voter applications and reported them to authorities. The Fulton County Board of Elections reportedly fired the two workers the same day.

“Does the Board of Registration and Elections have a remediation plan to ensure that eligible persons who submitted one of the 300 affected applications will be registered to vote in upcoming federal elections?” Davis queried.

Davis asked for a response from the Board no later than October 31.

President Joe Biden won Georgia by less than 12,000 votes in the 2020 election. At least 300 applications relating to the municipal election were allegedly destroyed. Georgia Secretary of State Brad Raffensperger launched an investigation in response to the incident, and is also calling on the Department of Justice to investigate Fulton County.

“The Department of Justice needs to take a long look at what Fulton County is doing and how their leadership disenfranchises Fulton voters through incompetence and malfeasance. The voters of Georgia are sick of Fulton County’s failures,” said Raffensperger.

“America has the best elections system in the world with multiple layers of checks and balances, but when voters hear about issues like this one in Fulton County, they become discouraged in our system and fearful their vote won’t count so it’s incredibly important to show voters that the problem has been fixed. Democrats don’t like to talk about voter confidence as an important part of increasing voter participation, but it’s critical to getting more people to vote,” Davis said.