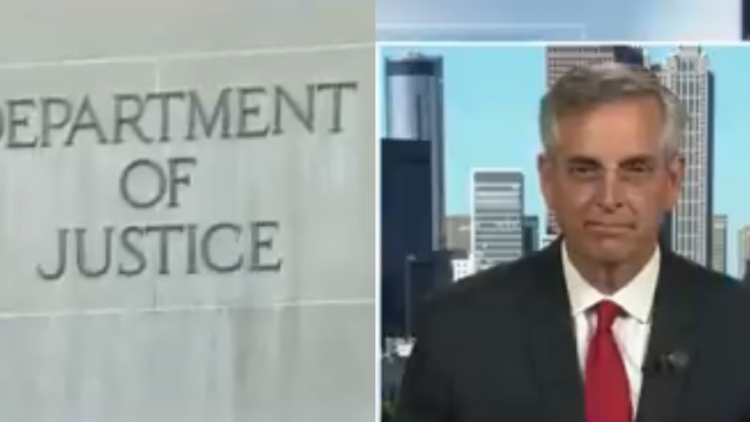 In the latest of a long saga of election irregularities, the Fulton County Board of Elections fired two election workers for illegally destroying voter applications.

“The Department of Justice needs to take a long look at what Fulton County is doing and how their leadership disenfranchises Fulton voters through incompetence and malfeasance. The voters of Georgia are sick of Fulton County’s failures,” said Georgia Secretary of State Brad Raffensperger.

State law requires board of election officials to keep election documents related to primary or general elections for 2 years after the election. Election workers discovered two colleagues destroying voter applications and reported them to authorities. The Fulton County Board of Elections reportedly fired the two workers the same day.

“Preliminary review suggests that employees may have checked out batches of applications for processing. Instead of fully processing them, in some instances the employees allegedly shredded some of the forms. Fellow employees reported this behavior to their supervisor on Friday morning and the employees were terminated the same day,” read a statement by Fulton County Registration and Elections Director Richard Barron.

President Joe Biden won Georgia by less than 12,000 votes in the 2020 election. At least 300 applications relating to the municipal election were allegedly destroyed. Raffensperger launched an investigation in response to the incident, and is calling on the Department of Justice to investigate Fulton County.

“After 20 years of documented failure in Fulton County elections, Georgians are tired of waiting to see what the next embarrassing revelation will be,” Raffensperger said.

Fulton County Commissioners Chairman Robb Pitts released a statement following the dismissal of the two election employees, saying, “Elections are the most important function of our government. We have committed to transparency and integrity.” Pitts reported the incident to the office of Fulton County District Attorney Fani Willis for investigation.

Fulton County had been required to have a state-appointed monitor to oversee their elections processes, and the report from the monitor also indicates that concern is warranted.

In contrast to those findings, Raffensperger appeared in January on “60 Minutes,” and indicated complete confidence in Georgia election integrity. “We had safe, secure, honest elections, and the results are disappointing if you are a Republican. But those are the results,” he said.

Since it is yet unclear if those 300 applications still appear in the state system, Fulton County said any resident who tries to vote in the upcoming election and is found not to be registered will be able to vote using a provisional ballot.