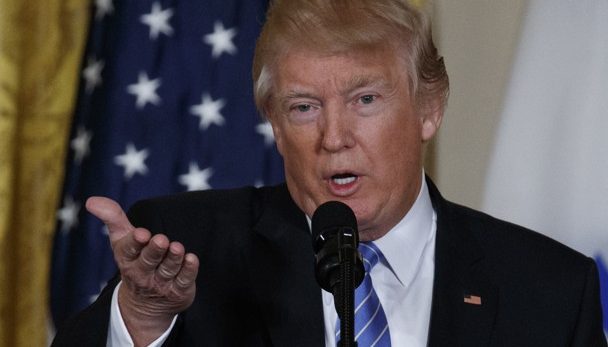 Enthusiasm among Republican voters for the 2022 midterm elections exceeds that of the Democrats by double digits, according to a new poll.

Republicans hold an 11-point advantage over the Democrats when it comes to party engagement ahead of the 2022 midterm elections, the Democracy Corps survey found. 68 percent of Republicans are engaged compared to only 57 percent for the Democrats.

The survey’s key findings showed that “Trump’s loyalists and aligned voters are 75 percent of the GOP in the 2022 battleground and importantly, are already consolidated and engaged in support of Trump’s unfinished fight for America.” The number of non-Trump supporters in the GOP has fallen from 30 percent last month to around 16 percent in the new survey.

The new survey comes as Republicans continue their push to expel moderates and non-Trump supporting members of their party. Wyoming Representative Liz Cheney was removed from her leadership position in the House last week after spearheading an anti-Trump movement within the Party. Her approval rating in Wyoming fell to 14 percent in May as she became more and more vocal against Trump.

“Any member can take whatever position they believe in. What we’re talking about is a position in leadership,” House Minority Leader Kevin McCarthy said of the effort to oust Cheney. “As conference chair, you have one of the most critical jobs as a messenger going forward.”

“Liz Cheney is a warmongering fool who has no business in Republican Party Leadership. We want leaders who believe in the Make America Great Again movement and prioritize the values of America First,” Trump said in a statement. “Elise Stefanik is a far superior choice, and she has my COMPLETE and TOTAL Endorsement for GOP Conference Chair. Elise is a tough and smart communicator!”

The survey shows that Trump’s influence over the GOP is far from over. In fact, it may be getting stronger as the Party continues to coalesce around him as we approach the midterm elections.

“Neither [party] is showing the level of interest of the presidential election in 2019 and 2020, but they are higher than a comparable point in 2018, suggesting the era of high turnout elections is not over,” read the Democracy Corps analysis of the survey. “And with such high early engagement of Republicans and white working-class voters in this survey, it means the era of Donald Trump shaping the electorate is not over either.”

If Trump were to run, he would have the highest level of support from likely Republican primary voters, with 49.1 percent saying they would back him, according to a new Trafalgar Group poll of likely GOP voters. Ron DeSantis leads the pack in a scenario where Donald Trump doesn’t run.

Trump has teased a possible 2024 presidential run in recent days saying that rallies could be held as early as next month.