Florida diner that blasted Biden overwhelmed with support, runs out of food 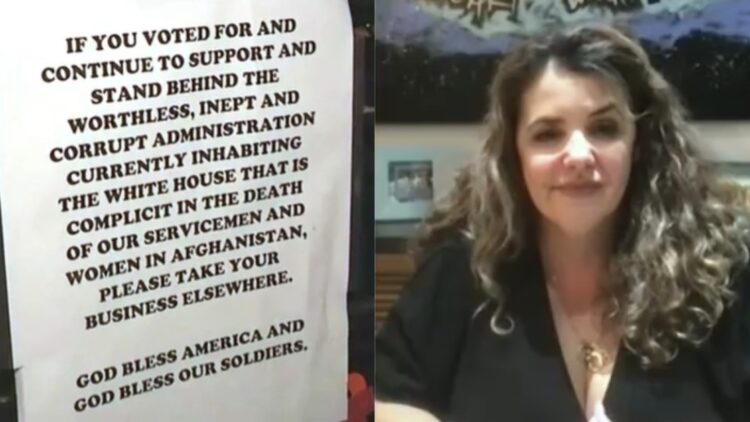 The DeBary Diner in Florida, recently thrust into the spotlight for posting a sign blasting President Biden and telling his supporters to dine elsewhere, told customers Wednesday that they were so overwhelmed by the flood of support that they had “literally” run out of food.

“Thank you all for the overwhelming support we have received and we apologize for not being able to get back to all of you. We will be closed tomorrow, Thursday, to give us an opportunity to get our kitchen ready for the weekend. We have literally run out of food. Thank you and we appreciate your understanding,” their Facebook post reads.

Owner Angie Ugarte, whose son-in-law served in Iraq, felt compelled to do something after 13 U.S. service members were killed in Kabul during the Biden administration’s botched withdrawal from the country. So she posted a sign on the diner’s front door.

“If you voted for and continue to support and stand behind the worthless, inept and corrupt administration currently inhabiting the White House that is complicit in the death of our servicemen and women in Afghanistan, please take your business elsewhere,” reads the sign.

Ugarte serves a customer base that consists heavily of military veterans, so she said expected some degree of support from her regular clientele, but she was not expecting the swarms of Americans that have come to show their support for her and thank her for speaking out against the Biden administration.

“Never in a million years did I expect [this response]. I just know I’m one pissed off American and I know there’s a lot more of us out there,” she said.

Even while the diner is closed to get back on its feet after running out of food, people showed up to express their support and take photos at the now-famous diner.

“Ugarte, standing outside her strip mall diner before noon on Thursday, was surrounded by a gathering of people thanking her for making her stand, even though the customers would have to go elsewhere to get their B.L.T.s or Cuban sandwiches,” the Daytona Beach News-Journal reported.

“We wanted to come over here and thank you personally,” said Rod Phillips, member of the Vietnam Veterans of America Florida State Council.

“I respect the presidency of the United States, but this could have been handled much better, much better. Being a Vietnam veteran and combat-wounded, I don’t wish war on anybody. But there is a proper time and place to get out of there. One American is too many to be left behind enemy lines,” he said.

Not everyone feels the same way. Ugarte says she’s received numerous death threats and bomb threats since she spoke out.

“This is a non-American, non-patriotic business who doesn’t support United States democratic citizens. If you’re young and dumb and a trump supporter I’m sure you’ll get along with the owner. They discriminate against people who support the us President,” one review reads from a man in New Mexico.

“AVOID AND SAVE YOUR MONEY. The place was filthy and the service was just completely unprofessional. The owner is a ruthless Trumper that treats patrons that didn’t vote for Trump like 3rd class human beings. You’re better of [sic] going through a McDonald’s drive-through than coming here. Your food and service will be echelons above this place,” reads a review from Virginia.

“Freedom of political affiliation is a First Amendment right that protects Americans from the government interference with their political choices. … Thus, private businesses can discriminate in ways that would be unconstitutional if the government did the same thing,” she explained.