Firefighter allegedly wipes butt with vaccine mandate notice given to him 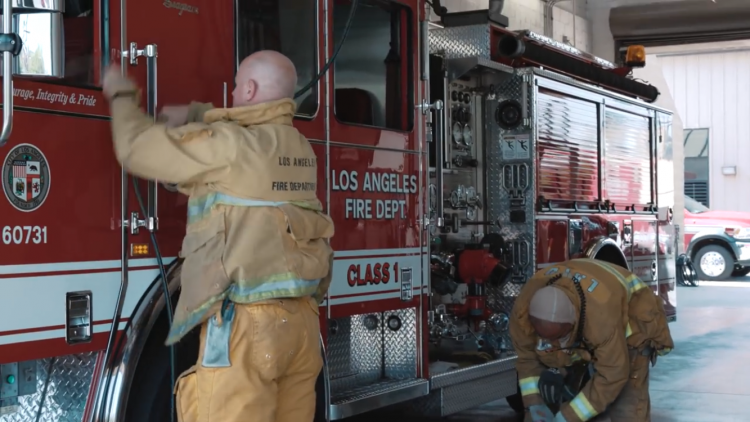 A Los Angeles firefighter reportedly took the city’s vaccine mandate letter that was handed to him and wiped his butt with it before discarding it on the ground.

“The LA City Stentorians are sickened and disgusted by this horrific display of unprofessionalism,” the organization, which represents African American firefighters in L.A., said in a statement.

They also noted that the firefighter’s behavior is considered a “terminable” offense. The LAFD served him with a “noncompliance” notice, and the unnamed firefighter is currently on administrative leave and under investigation.

The firefighter allegedly worked at Fire Station 69 in Pacific Palisades, where the incident took place. The incident was reported to authorities by the Stentorians, and reportedly included a photograph of the firefighter in question, holding a “discolored” document.

The group said “immediate action to deter any city employee from feeling entitled and … empowered to behave in such an embarrassing and threatening manner” is needed.

The letter reminded the firefighter of L.A.’s COVID-19 vaccine mandate and requested that he comply. He is a city employee and therefore required to take the vaccine.

“No matter how our members react, all city employees must abide by the city ordinance — either file for an exemption, get vaccinated, or face termination,” a department spokesperson told the LA Times.

LAPD spokesperson Cheryl Getuiza said the employee “will face the consequences of any inappropriate acts.”