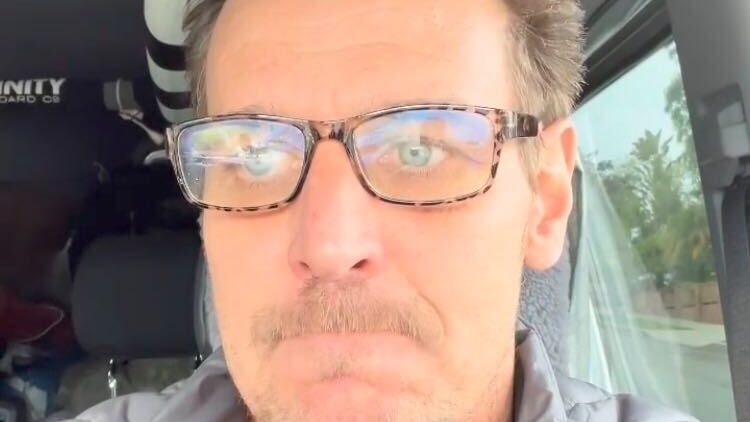 Ingo Rademacher, star of “General Hospital,” has been fired for declining the COVID-19 vaccine and amid accusations that he is “anti-transgender.”

In addition to declining to take the vaccine, Rademacher also posted a message to Instagram on Sunday that many considered “anti-vax” saying he would “stand with you to fight for medical freedom,” adding “#coersionisnotconsent.”

The 50-year-old actor has been very open about his views on medical freedom on his social media. Another recent Instagram post was captioned, “Make no mistake, this is the fight of our lives. The fight to have the freedom to choose. It has zero to do with your political beliefs or wether [sic] you’ve been vaccinated or not. stand strong America!” The video in the post advocates for less government control and purports that once personal freedom has been surrendered to the government, the government will not give it back.

Rademacher has played the character Jasper “Jax” Jacks on the daytime medical drama since 1996 and has been a regular on the show for 25 of its 59 seasons. Since he declined to comply with the production’s vaccine mandate, his last episode will air on November 22.

The actor’s dismissal from the TV series also comes amid accusations that he is transphobic. He reportedly shared a now-deleted meme on Instagram showing Virginia Lieutenant Governor Winsome Sears, the first Black woman to hold the post, and Dr. Rachel Levine, transgender admiral in the United States Public Health Service Commissioned Corps.

“Hello, and welcome to ClownTown, where the dude on the left is an empowering woman, and the woman on the right is a white supremacist,” the meme read. People on social media immediately lashed out, and Rademacher responded with an apology video.

“So I just, I don’t agree with that,” he continued.

“I do apologize for not crossing out ‘dude,’ and putting ‘transgender.’ So I apologize for that. Me personally, I wouldn’t have written it that way. It was somebody else’s post. Again, that’s not an excuse, I should have just crossed it out, but the comparison there is just pointing out the hypocrisy of the left wing media. I just don’t agree with it. But I do apologize again for not writing that correctly and taking that out, because I wouldn’t refer to a transgender person as a dude. If they want to be called a ‘she,’ that’s totally fine.”

Rademacher apologized specifically to transgender costar, Cassandra James, who had tweeted her outrage and disappointment regarding the incident. “I think you’re an absolute talent and you’re very beautiful as well,” he said.

“I am aware of a transphobic post shared by a fellow General Hospital actor. Shame on you. You have some serious unlearning and education to do. I feel deeply disappointed that such a public display of ignorance could come from our GH family,” James tweeted Sunday.