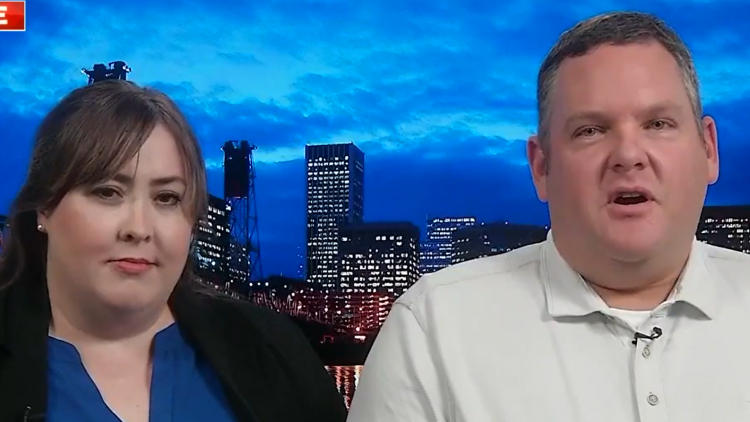 “I’ve been in emergency service for 28 years making decisions that impact people’s lives every day,” he said. “I can sure as hell make a decision on what I put in my own body,” Williams told Fox News Primetime.

Williams says in response that the state told him if he did not comply with the requirement by Oct. 18, he must get rid of all workers he employs.

“I’m willing to lose my job over that,” he stated, adamant that he would not allow his workers to lose their jobs.

“I think it’s pretty low bar to say our laws, our regulations, our mandates have to at least make sense,” Williams’s attorney, Rebekah Millard, said. “If someone has natural immunity that’s better than an injection could give you, then it doesn’t make sense to go and require them to get a vaccine on top of that. That’s what the lawsuit’s about.”

Williams says Governor Kate Brown has yet to reach out to him personally, despite serving the city for nearly thirty years. He says if she did, his message to her would be “let people make their own decision.”

“This is not about science. This is about power,” he said. “And the people have had enough. And I’m not going to put up with it anymore,” he said.

The fire chief’s stand against the mandatory vaccine mandate comes as police officers and health care workers across the nation are also speaking out.

Earlier this month, an Oregon State Police trooper was placed on paid administrative leave after posting a video to Instagram claiming that it would not comply with Governor Kate Brown’s vaccine mandate.

“I have personal and religious reasons as to why I will not take the vaccine, but also the freedom not to,” Officer Zachary Kowing, 29, said in the video. Kowing decried “unlawful” orders that threatened Oregonians’ livelihoods during the video he recorded in his patrol car.

He admits that he is “likely to be fired over this video, but I’m nonetheless exercising my First Amendment rights to speak freely.”

“I encourage you to look deep down and decide if you are going to fall in line as sheep or stand up for the rights we still have, while we still have them,” he added.

The Syracuse, New York police union announced it would take legal action against the city if Mayor Ben Walsh instituted a vaccine mandate. Currently, city employees must either show proof of vaccination or be subject to weekly tests. Walsh previously stated that a full mandate is still possible depending on the infection rate in the city.