Days away from Lollapalooza, Lori Lightfoot not concerned with doctor’s COVID warning 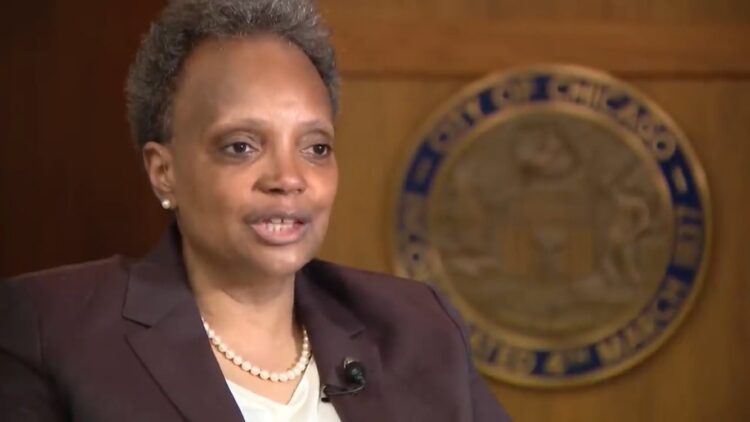 Chicago Mayor Lori Lightfoot says she is not concerned about the 4-day festival being a super spreader event, despite the rising number of COVID-19 infections in the city.

“If I thought for a moment that shutting down Lolla would prevent further spread in the way that we’re seeing it, then I wouldn’t hesitate to do that. But it’s outdoors. We’ve been having large-scale events all over the city since June without major problems or issues,” she said in a press conference Monday.

RELATED: Vaccinated 33-year-old woman dies from COVID: ‘She was large for her age’

“The Lolla team has been phenomenal. They’ve hired their own public health experts who’ve been working hand-in-glove with us since we started these discussions back early in the spring. … So, God bless the critics standing on the sidelines. But I feel confident that the Lolla folks have a good solid plan in place. And we’re gonna obviously hold them accountable to make sure that plan is enforced.”

Dr. Emily Landon, an epidemiologist at the University of Chicago, said that she believes holding the festival is a bad decision, saying it’s too crowded to be safe, especially given the highly contagious Delta variant contributing to the rising number of positive cases in the Chicago area.

RELATED: Man hospitalized with COVID says he’d rather be sick than get the vaccine

Lollapalooza normally sees about 100,000 people each of the 4 days of the festival.

“Remember how much people are motivated by money,” Landon said. “It really is all about money. People in many cases will throw you, your health, your family’s health, grandmother’s health under the bus in order to make a few more dollars.”

“I think a lot of people are going to get COVID at Lollapalooza,” she stated. “The real problem is them taking it back to places that have very low vaccination rates where individuals can get very, very sick and overwhelm the healthcare system and have lots of excess deaths and mortality and morbidity.”

In order to attend Lollapalooza, you have to either provide proof of vaccination or provide a negative COVID-19 test within 3 days of attending. Unvaccinated attendees must mask.

Illinois Gov. J.B. Pritzker gave another vote of confidence for the safety of the festival, saying that he plans to attend. “If you feel comfortable and you can put a little distance between yourself and other people – and if you’re vaccinated, I might add – it’s safer,” Pritzker said.

He added that outdoor festivals are known to be safer than those indoors in terms of spreading COVID-19.

RELATED: Drag queens team up with Black Lives Matter to demand the defunding of the Chicago Police Department