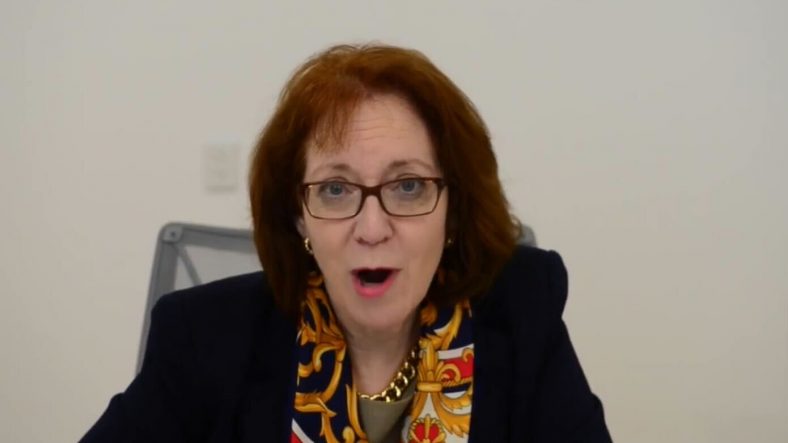 Lincoln Park alderwoman Michele Smith is asking citizens to participate in a program called “WhistleStop” in the streets of Chicago that involves blowing a whistle and running towards armed criminals whenever they see a crime being committed.

“The WhistleStop program follows these rules…If you find yourself in a suspicious situation or witness a crime, blow your whistle. If you hear a whistle, call the police, then move toward the source while blowing your own whistle,” the WhistleStop guide reads.

RELATED: Mayor Lightfoot slammed for promoting a holiday invented by a radical convicted of torturing women

Make sure to get a good whistle, Smith advises. “Something that can be really loud. Whistles that can be used in sports, camping safety, are the kind of whistles that we recommend people get,” she said. Her office also has a limited number of whistles available for those who want to participate.

“Alderman Michele Smith wants all of us Chicagoans to run into GUN FIRE blowing whistles WHAT A VILLAGE IDIOT!!!!” ranted one person on Twitter.

“Alderman Michele Smith is literally going to get people killed. I don’t recommend this strategy,” said another.

The whistles are only a good idea when you are not in danger, however, Smith explained in a missive, asking people to be sure to comply with criminals while a crime is being committed.

“We specifically advise people that if you feel in danger in any way, don’t do it,” she stated. “We expressly direct people: if you are the victim of crime, cooperate. Do not resist. And certainly don’t blow your whistle if someone has a gun pointed at your head.”

RELATED: Woman with concealed carry license defends herself against attack in Chicago

This is not the first time the WhistleStop program has been tried. Smith maintains that it was successful when it was implemented in Lincoln Park in the 1970’s.

“The idea is to let people know that they’re being watched in the community, and being supported by the community and help take back our streets,” said Smith.

Smith’s re-launch of the program comes as Chicago faces a crime wave, suffering under the highest murder rate in twenty-five years. The city recorded nearly 800 homicides in 2021.

Smith has a track record of unproven, inaccurate, and unrealistic statements and solutions surrounding Chicago crime. This summer she invited citizens to purchase CPD “blue light” surveillance cameras for their homes at $25,000 each. In 2019, she stationed police officers for “overnight parking” near Lincoln Park Zoo in response to a shooting. She publicly lauded her own program for “great results” but the city’s crime data showed no measurable improvement. Also in 2019, she claimed leading up to the election that the number of law enforcement officers in her district had been upped by 136 when the real number was only 78.