VP Harris criticized for saying ‘we’ve made progress’ on the border, blaming Trump for crisis 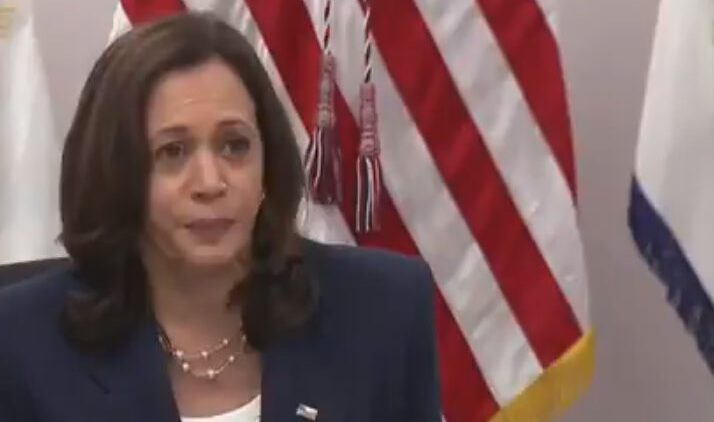 Vice President Kamala Harris received heavy criticism for saying the Biden administration “inherited” the border crisis and claiming that they’ve “made progress” in fixing it.

“We inherited a tough situation,…In five months we’ve made progress,” Harris told reporters during her first trip to the border since becoming Vice President.

“FACT CHECK: In terms of unlawful crossings at the southwest border, this is false, tweeted Anna Giaritelli.

“In addition, Biden stopped turning away unaccompanied children, which has prompted more from countries other than Mexico to flee to the US[.] He also stopped turning away most families[.] So inheriting a system that isn’t capable of handling asylum seekers is not the full story[.]” She concluded.

Reactions to Harris’ comments were not well received.

“You inherited a system that was working and you broke it,” replied one user.

“From who? You inherited nothing. Own what you’ve done,” replied another.

“Illegal border crossings are at their highest level since 1992. That’s some solid progress,” quipped another.