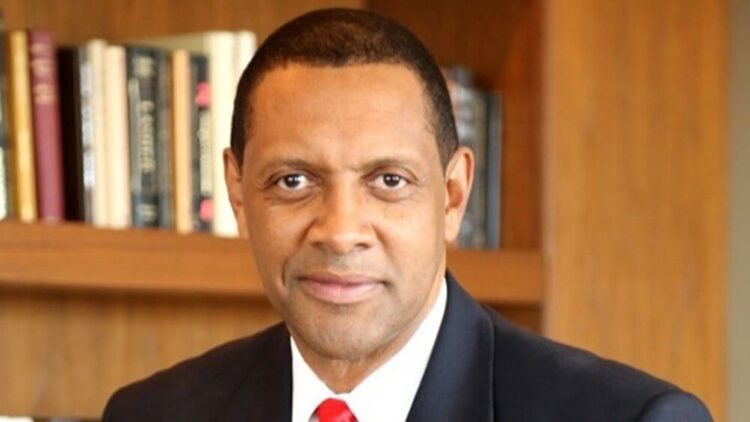 Georgia Gubernatorial candidate Vernon Jones has vowed to pursue an audit of the 2020 election if he were to win.

“Georgians still have questions about irregularities found in the 2020 election and they deserve answers,” Jones said. “We must get to the bottom of all of this and other irregularities to restore trust in our election process. If Mr. Kemp refuses to demand an audit, then I will when I am elected to replace him.”

Governor Brian Kemp, as well as Georgia Secretary of State Brad Raffensperger, have been widely criticized by former President Donald Trump and his allies over their handling of the 2020 election, in which Trump claims massive voter fraud skewed the results.

Jones is an avid Trump supporter who left the Democratic Party and became a Republican while Trump was in office. He spoke at the Republican National Convention in support of Trump.

“The Democratic Party does not want black people to leave their mental plantation. We’ve been forced to be there for decades and generations. I have news for Joe Biden, we are free, we are free people with free minds, and I’m part of a large and growing segment of the black community who are independent thinkers. And we believe that Donald Trump is the president that America needs to lead us forward,” Jones said during his speech to the RNC.

In March, Jones called for Georgia Secretary of State Brad Raffensperger to resign amid allegations that a leaked phone call between Raffensperger and Trump was “deceptively edited” and meant to embarrass the president.

Trump has not yet made an endorsement in Georgia’s gubernatorial election but has promised to endorse a Kemp challenger. Raffensperger announced he will be seeking reelection in 2022 and is set to go up against Trump-endorsed Jody Hice in the Secretary of State Republican primary.