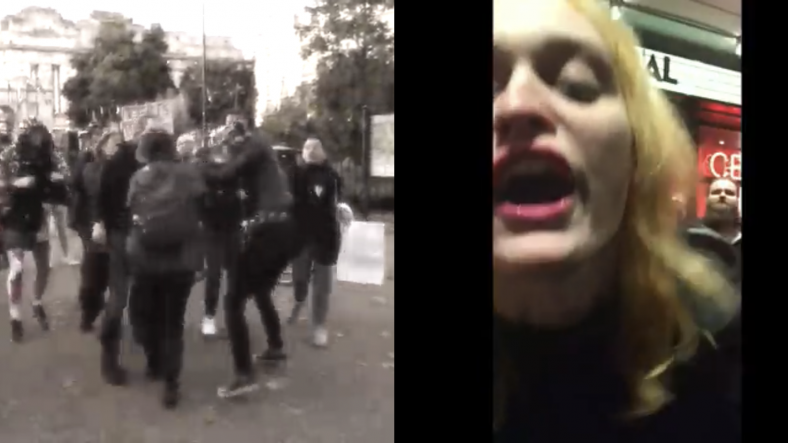 Judges in the UK have the power to exclude all references to a transgender defendant’s “dead name,” and enforce restrictions on reporters they deem necessary to protect the defendant’s “right to privacy.”

“It should be possible to respect a person’s gender identity and their present name for nearly all court and tribunal purposes, regardless of whether they have obtained legal recognition of their gender by way of a Gender Recognition Certificate,” reads a section in the “Equal Treatment Bench Book,” which lays out guidelines for dealing with transgender people in court.

In “rare circumstances” where it might be necessary to court proceedings to discuss or use a transgender individual’s “dead name,” the judge is allowed to set “reporting restrictions to prevent the disclosure of this information more widely” or make the proceedings secret altogether.

These guidelines are laid out in a book already in use in the UK court systems. The “Equal Treatment Bench Book” is 540 pages long and authored by the Judicial College.

The book is regarded as a “living document, constantly updated and amended to reflect changing circumstances and to incorporate the most up-to-date knowledge,” according to the book’s forward, written by Lady Justice King, chair of the College and appeal court judge.

The legal fluidity of the document is also emphasized in the book itself, as evidenced by a section on currently accepted terminology related to transgenderism.

“Sometimes people who identify with no particular gender or who are gender-fluid may also refer to themselves as ‘trans’ or ‘transgender’. The gender landscape is rapidly changing, as is the terminology in the field,” the document reads.

“There may be situations where the rights of a witness to refer to a trans person by pronouns matching their gender assigned at birth, or to otherwise reveal a person’s trans status, clash with the trans person’s right to privacy,” the document states.

The justification for these rules laid out in the book is touted as “a high level of transphobic hate crime, which is believed to be greatly underreported.” The authors cite possible hesitation on the part of transgenders to come to court if there is a danger they will be exposed.

The book also provides suggestions for appropriate current language choices. For example, the term “flight attendant” is listed as preferable to “air hostess” and “chair” instead of “chairman.”

Many are concerned at the precedent such rules will set. During an assault case, a woman from London, Maria MacLachlan, was berated by the judge for misgendering her attacker. MacLachlan was assaulted by a person born male but identifying as a transgender woman, 26-year-old Tara Wolf.

“The language of the debate is antagonistic and hostile,” he concluded.