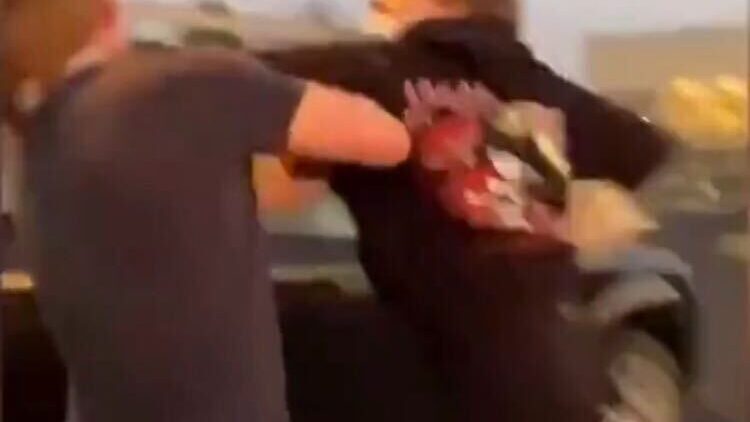 Olivia Winslow and Camryn Amy pleaded guilty to stealing a MAGA hat from a boy, attacking his mother, harassing others, and destroying property during an attack on a female Trump supporter and her son in August 2020.

“Your mom f***ing likes Trump,” Winslow, an adult, says to the child whose hat she is stealing.

The women have pleaded guilty to charges of theft, child endangerment, and hate crimes against the adult MAGA supporters and the 7-year-old.

”Are you destroying my property?” Abbey, the boy’s mother, asks as her signs are taken and ripped up. “Yes, we are,” Winslow replies.

A man then intervenes and demands the hat be returned. Amy shouts, “don’t touch me,” and punches the man. Abbey also says she was punched in the face and hit with the women’s purses during the altercation.

When a reporter approached Winslow and Amy after the incident, Winslow threatens the reporter, “I’ll whoop your a**, b*tch.”

Both Winslow and Amy were arrested several days after the incident after being identified from the viral video of the incident. A grand jury indicted them on felony charges of robbery, conspiracy, and hate crimes and a misdemeanor charge of endangering the welfare of a child.

Amy also was indicted on misdemeanor charges of assaulting the man who tried to retrieve the hat, attempting to assault the mother, and offensive touching of the boy.

The indictment says the criminal actions were “for the purpose of interfering with the victim’s free exercise or enjoyment of any right, privilege or immunity protected by the First Amendment to the United States Constitution, or committed said crime because the victim had exercised or enjoyed said right or rights.”

Winslow and Amy will be sentenced in September. Prosecutors said they will not seek prison time.

Former President Trump, after seeing the video footage, sent Riley a new MAGA hat with his autograph, a mug, a water bottle, presidential bags, and other swag.