Twitter to let Taliban spokesperson continue tweeting from the platform 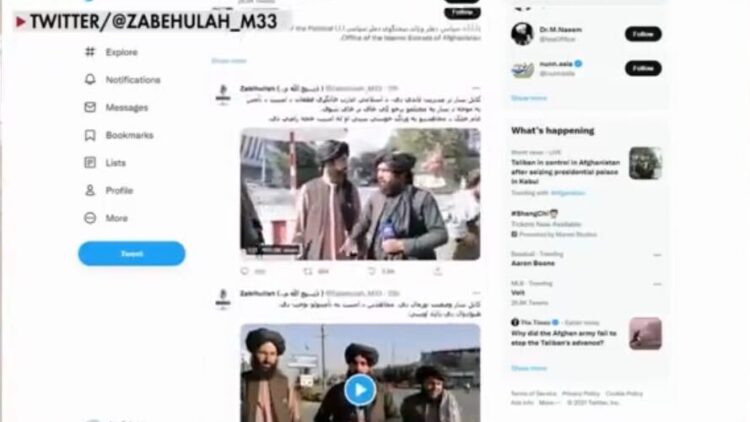 Twitter, breaking with other big tech platforms, announced that it intends to let the official Taliban spokesperson remain on the platform.

They gave a broad, nonspecific answer when asked if Zabihullah Mujahid’s account would remain active, saying the platform would “continue to proactively enforce” its rules on the “glorification of violence, platform manipulation and spam.”

Mujahid is active on his account and has over 200,000 followers. The Taliban uses the tool to promote and recruit for the terror regime. Recent interactions between Mujahid and a user named Muhammad Ibrahim were documented, including Ibrahim’s desire to join the Taliban.

“I want to join Taliban,” Ibrahim wrote. “Pls help me.”

Twitter has come under fire particularly in recent days during the upheaval and Taliban takeover in Afghanistan. Many have wondered how Twitter can allow Mujahid to keep his account while banning former President Donald Trump from the platform.

“President Trump is banned on Twitter but not the Taliban. Explain that one to me,” said Rep. Andy Biggs (R-AZ).

“Trump Sneaks Back On Twitter By Disguising Self As Taliban Spokesperson,” tweeted satire site The Babylon Bee.

“Twitter Banned Trump for Inciting Violence; The Taliban? Not So Much,” tweeted The Red State.