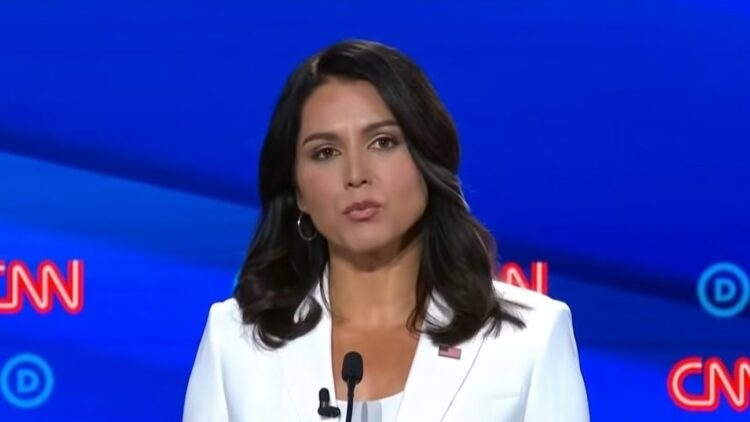 “Please, let us stop the RACIALIZATION of everyone and everything. We are all children of God, and therefore family in the truest sense, no matter our race or ethnicity. This is aloha – love & respect for others. This is what our country & the world need,” Gabbard posted along with a video message.

Gabbard also urged Americans to “not allow ourselves to be led down the dark, divisive path of racialism and hate.”

“The mainstream propaganda media and politicians they want us to constantly focus on our skin color and the skin color of others, because it helps them politically or financially,” she later added. “Aloha means respect and love for others. It’s what enables us to see beyond our skin color, and see the soul, the person within.”

Elected in 2012, Gabbard, who is half Samoan was the first Hindu member of Congress. As a member of the armed services, she did multiple tours of duty in Iraq and Kuwait between 2004 and 2009. In 2019 she announced she would not seek re-election for her seat in Congress to pursue a campaign for president in the Democratic Primary. Gabbard dropped out of the race in March of 2020 and endorsed Joe Biden.

Gabbard’s call for racial unity comes as Black Lives Matter and other organizations continue protesting across the country against alleged systemic racism.

A week prior to Gabbard’s comments President Joe Biden and Vice President Kamala Harris made a joint address to the nation following the guilty verdict of former Minneapolis police officer Derek Chauvin in the murder of George Floyd alleging systemic racism and white supremacy plague society.

“One of the core values and beliefs that should bring us together as Americans is standing against hate and racism, even as we acknowledge that systemic racism and white supremacy are ugly poisons that have long plagued the United States,” Biden said. “‘I can’t breathe.’ Those were George Floyd’s last words,” he continued. “We can’t let those words die with him. We have to keep hearing those words. We must not turn away. We can’t turn away.”