Trump to speak at ‘Protect Our Elections’ rally in Arizona 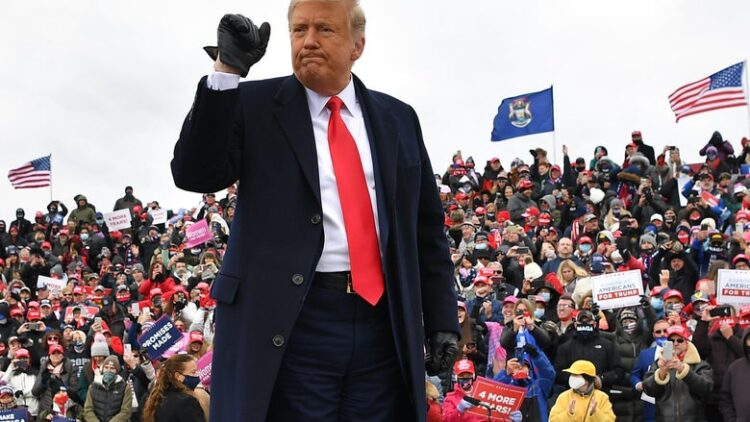 Former President Donald Trump will be speaking at a rally to “Protect Our Elections” hosted by Turning Point Action in Phoenix, Arizona, on July 24.

“This rally will highlight the importance of preserving the conservative future of the great state of Arizona and restoring confidence in the electoral system in Arizona and across the country,” reads a portion of the event’s press release obtained by The Independent Chronicle.

Event staff will also be distributing “hundreds of thousands of door-knocking materials to attendees” to help bolster voter turnout in “key phoenix precincts” in the 2022 midterm elections.

“Arizona is at the epicenter of the 2022 midterms and, of course, the next presidential election in 2024,” says Turning Point Action Chairman Charlie Kirk.

“It’s critical that our support is stronger than ever, so the average American’s trust in our systems and institutions is restored. We have to start earlier and work harder than ever before to save Arizona and the republic,” Kirk added. “We are honored that President Trump is committed to that fight, and we know Arizonans are thrilled that he’s decided to pay their home state a special visit.”

TPA says a full list of other guest speakers will be anounced shortly.

The rally will be held nearly a month after officials with the audit in Maricopa County announced they had completed the paper examination of 2.1 million ballots cast in the 2020 presidential election on June 25. The examination of ballots included examining their weight and thickness, examining folds under microscopes, and tests under UV lights. Results of the audit aren’t expected to be released for several weeks.

“Audit Update: Paper examination and counting are finished today. Thank you to all the amazing Arizona volunteers who made this audit possible!” The audit team said in their latest update on Twitter.

Pennsylvania State Senator Doug Mastriano announced Wednesday that he is initiating a similar forensic audit in his state.

“A forensic investigation of our election results and processes for the 2020 General Election and the 2021 Primary will go a long way to restore trust in our system,” Mastriano wrote in an op-ed. He added the need for an audit in Pennsylvania is “evident to any unbiased observer,” citing unprecedented mass mail-in voting that occurred.

Mastriano cites a poll released by Muhlenberg University which showed that 40% of Pennsylvanians “are not confident that the results of the 2020 Election accurately reflected how Pennsylvanians voted.” “Discounting or mocking their concerns is neither an answer nor proper in this constitutional republic,” he adds.

“Trump’s allegations of massive voting fraud have been refuted by a variety of judges, state election officials, and an arm of his own administration’s Homeland Security Department. Many of his campaign’s lawsuits across the country have been thrown out of court,” according to the AP.

“There is no meaningful difference between ‘absentee ballots’ and ‘vote-by-mail ballots.’ The terms are often used interchangeably. Moreover, they are both secure forms of voting,” says a New York Times fact-check on Trump’s claims of widespread voter fraud via mail-in-ballots.