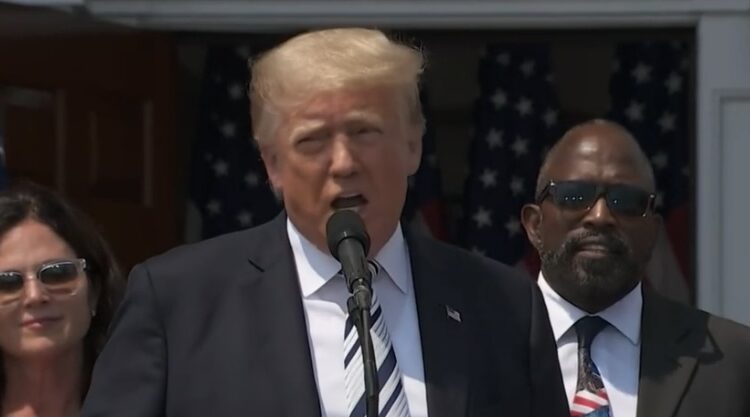 “If our soccer team, headed by a radical group of Leftist Maniacs wasn’t woke, they would have won the Gold Medal instead of the Bronze,” Trump said in a statement. “Woke means you lose, everything that is woke goes bad, and our soccer team certainly has.”

Trump also singled out Megan Rapinoe, who co-captains the team.

“They should replace the Wokesters with Patriots and start winning again. The woman with the purple hair played terribly and spends too much time thinking about Radical Left politics and not doing her job,” Trump said.

Trump’s history with Rapinoe is fraught with drama. In 2019, she told reporters, who asked her about a potential World Cup win, that she would not go “to the f***ing White House.” Trump responded in a tweet, saying Rapinoe should “WIN before she TALKS.”

Later in his statement, Trump criticized the team for kneeling ahead of their bronze-medal game against Australia’s Matildas. Several teams across the world have protested racism at the Tokyo Games, and the women’s soccer team followed suit, with all but one player – Carli Loyd – taking a knee. Weeks ago, Trump warned supporters in Arizona about “wokeism” in sports.

“Woke politics takes the life and joy out of everything. Wokeism makes you lose, ruins your mind, and ruins you as a person. You become warped. You become demented,” Trump said.  “The US women’s soccer team is a very good example of what’s going on. Earlier this week, they unexpectedly lost to Sweden, three to nothing.”

The audience reportedly began to clap when Trump mentioned the team’s loss.

“And Americans were happy about it,” Trump said, responding to the applause. “You proved that point before I even said it,” he added.

The U.S. team aimed to get the gold in Tokyo but lost 1-0 to Canada in the semifinal. In the bronze-medal game, Carli Loyd, the only player who didn’t kneel ahead of the games, scored two of the team’s goals, as did Rapinoe. After the game, the team’s captains said they were proud of the bronze.

“The bronze means so much to us,” captain Becky Sauerbrunn said. “It feels like we really had to earn that thing. And we’re very proud of it.”

The U.S. women’s team has not yet responded to Trump’s comments.