Trump slams Rand Paul: ‘Do you think he learned his lesson?’ 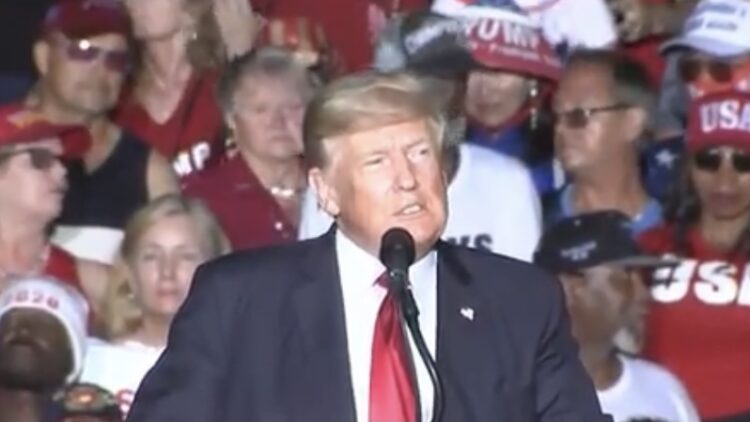 Former President Donald Trump derided Kentucky Senator Rand Paul on Thursday, asking if he “will apologize” for endorsing a House candidate in Ohio who lost big to a Trump-endorsed candidate.

“Do you think Rand Paul will apologize for spending nearly $1 million on another candidate in Ohio’s 15th District congressional race after I had already endorsed Mike Carey?” Trump said in a statement. “In any event, Mike went on to an unprecedented victory, more than doubling the second placed finisher, and Rand’s candidate came in a distant third out of eleven.”

Trump’s candidate, coal industry lobbyist Mike Carey, won the primary Thursday and all but ensured he would succeed former Rep. Steve Stivers (R-OH), who resigned early this year to lead the Ohio Chamber of Commerce. Paul, meanwhile, threw his support behind former Ohio state Rep. Ron Hood, who was reportedly known as the “absent candidate” as critics say he didn’t campaign enough to win an 11-person primary. Hood was largely endorsed by Paul as well as several Libertarian PACs.

“Rand is a different kind of guy, but I like him a lot anyway, and I’m proud to have endorsed him when he ran. Do you think he learned his lesson?” Trump said in a statement. Carey released a statement following his win, thanking Trump and describing him as the “leader” of the Republican party.

“Tonight, Republicans across Ohio’s 15th Congressional District sent a clear message to the nation that President Donald J. Trump is, without a doubt, the leader of our party,” Carey said. “I could not be more grateful for his support, and I am proud to deliver this win to advance his America First agenda.”

It was expected that Trump would tout Carey’s win as he ponders a third presidential run in 2024 and seeks to prove his dominance over the GOP. He has faced challenges, though – his preferred candidate in a recent Texas special election lost to another Republican, though Trump did not characterize her loss as his own.

“My endorsed candidate won in the Primary, but the other outstanding candidate won the General Election because virtually 100% of Democrats, approximately 17% of the total vote, supported the candidate I did not endorse,” Trump said in a statement. “I won because we ended up with a great Republican candidate – the Democrats never had a chance. It was a big Trump victory, a great Republican victory, and a great victory for American Patriot Congressman Jake Ellzey,” he added.

Trump’s critique of Paul suggests a willingness to return to his 2016 style of campaigning in which he railed against other Republican primary candidates to prove he was the best option for president. As of now, though, the political world continues to wait on Trump’s 2024 decision.