Trump says Biden would go down ‘very quickly’ if they boxed 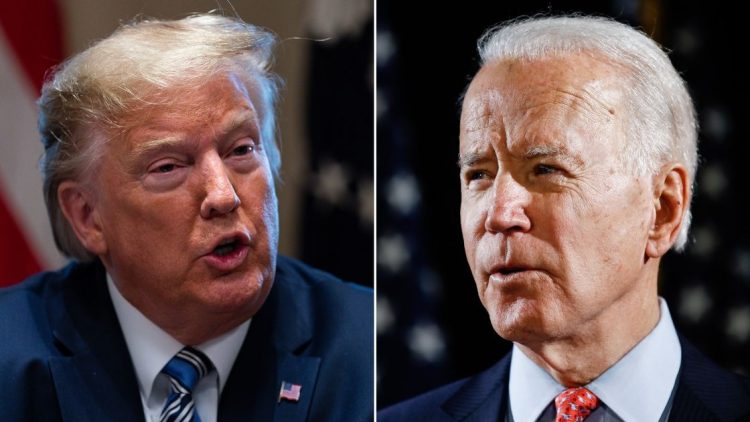 Former President Donald Trump said Thursday his easiest boxing opponent would be President Biden, who he said would go down “very, very, quickly” if the two were to go head to head in a match.

Trump made the remarks while calling into a press event for a boxing match between Vitor Beflort and Evander Holyfield. He was asked to name a person whom he would step into the ring with and describe how he would envision the fight playing out.

Attendees at the press conference burst into laughter at Trump’s comments as he continued.

“You know, he once said, ‘Oh, I’d like to take him behind the bar.’ He’d be in big trouble if he ever did,” Trump went on, recalling the time Biden said he would “beat the hell” out of Trump if the two were still in high school. Biden’s comments were made in 2018 at the University of Miami, where he was speaking as part of the “It’s On Us” campaign to fight sexual assault on college campuses.

“When a guy who ended up becoming our national leader said, ‘I can grab a woman anywhere and she likes it,’” Biden said, referring to comments Trump made in 2005 during a taping of the show Access Hollywood, “They asked me if I’d like to debate this gentleman, and I said no. I said, ‘If we were in high school, I’d take him behind the gym and beat the hell out of him.’”

Trump went on to predict Biden lasting no more than “the first few seconds” if the two were to go head to head.

“No, I think Biden would go down within the first few seconds,” Trump said before ending the appearance.

Biden made similar comments on the campaign trail in 2016 at a stop for then-candidate Hillary Clinton.

“The press always asks me, don’t I wish I were debating him? No, I wish I were in high school. I could take him behind the gym. That’s what I wish,” Biden told a crowd in Oct. 2016.

Trump and his son Don Jr. are set to commemorate the Holyfield v. Belfort fight this Saturday.