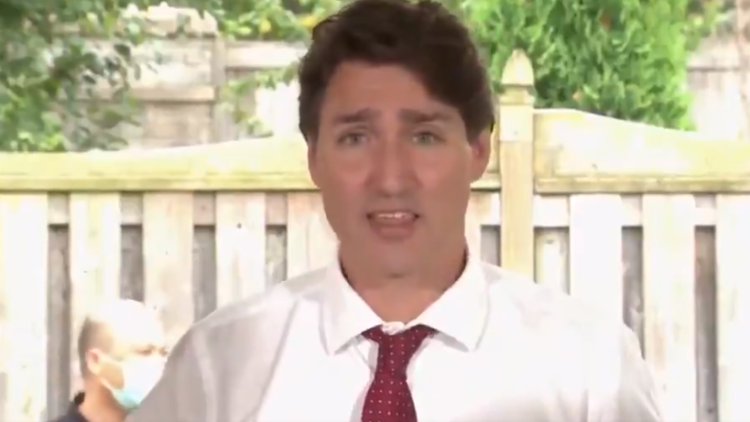 Canadian Prime Minister Justin Trudeau was slammed for using strange terms to describe the current state of his country’s economy.

“It is exactly the example of the kind of things you need to do to counter the she-cession and turn it into a she-covery. Fact is, the Conservatives don’t talk about that in their lengthy platform,” Trudeau said during a speech in which he promised to impose $10 a day child care across Canada if the Liberal government is re-elected.

Reactions to the 49-year-old Prime Minister’s use of the terms “she-cession” and “she-covery” were widespread across social media.

“What the hell is he talking about? Help me out here,” said one Twitter user.

“This is what undiagnosed mental illness looks like,” said Theo Fleury.

“Female voters and “new Canadians” will eat this up,” replied another.

“Pls give females some credit. This is a man talking. Us women are not half as crazy or stupid as this man,” said someone else.

“Lay off the opiods [sic] prime sinister truduh,” quipped another.

“I used to think Canada was such a great country…what is wrong with him,” said another Twitter user.

“Another misogynistic comment from our fake feminist PM?” said someone else.

Trudeau was speaking at a stop at a business on his bus tour to campaign for the Liberal government’s re-election. He focused his speech on targeting help towards business affected by the COVID-19 pandemic.

“Look, COVID-19 wasn’t something we as a government expected either,” Trudeau said. “But just like you, we knew that staying true to our values was the only path forward. From Day One, we focused on having your back.”