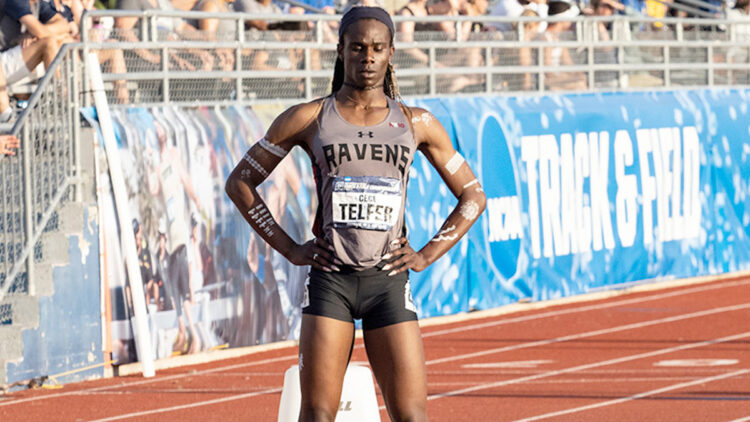 A transgender runner has been ruled ineligible to compete in the U.S. Women’s Olympic trials for having high testosterone levels.

Cece Tefler, a biological male, was entered to compete in the Women’s 400-meter hurdles trial but was ultimately not allowed to compete after it was discovered her testosterone levels were above the 5 nanomoles per liter limit in the past 12 months, set by World Athletics which governs the eligibility requirements for Olympic athletes.

Telfer’s manager, David McFarland, said she respects the decision to exclude her from this years Olympic trials.

“CeCe has turned her focus towards the future and is continuing to train. She will compete on the national and world stage again soon,” McFarland said.

USA Track & Field, the governing body for the sports of track and field, cross country running, road running, and racewalking released a statement regarding Teflers disqualification.

Tefler is well known in the transgender sports community for being the first biological male to win the Women’s division NCAA title while attending Franklin Pearce University after failing to win in the Men’s division only a year earlier.

“I never identified as a male athlete. In high school, during track meets, I would say to myself that I’m a female athlete competing in a sport that I love. And I’m just running against these guys to be better than them,” Tefler said in an interview in Women’s Health magazine.

“When trans youth are allowed to participate in sports, when coaches are able to accept and encourage them, they start to be seen as a person before being seen for their trans-ness. I’m a great athlete. I’m a Black woman. And I’m also a trans woman,” Tefler added.

Tefler is Jamaican born and recalled the “heteronormative” values she experienced as a child growing up there.

“The Jamaican lifestyle consists of close-knit families, heteronormative values, and distinct gender roles. My family embodied those ideas and emphasized the distinction between genders by conditioning boys to be boys and girls to be girls. They required certain clothes to be worn and toys to be played with.”

Teflers disqualification comes after the Olympics received backlash for allowing New Zealand weightlifter Laurel Hubbard, a biological male, to be the first-ever transgender athlete to compete in the games. Hubbard, who transitioned at the age of 35 and is now 43 years old, is twice the age of the average female competitor.

“What a pitiful day in the history of women’s sports,” said Linda Blade, a former Canadian track champion and author of the newly released book “Unsporting: How Trans Activism and Science Denial Are Destroying Sport.”

“It is utterly despicable,” Blade continued in regards to Hubbard competing in the Olympics against women. “This is NOT the way to be ‘inclusive’ or ‘equitable.’”