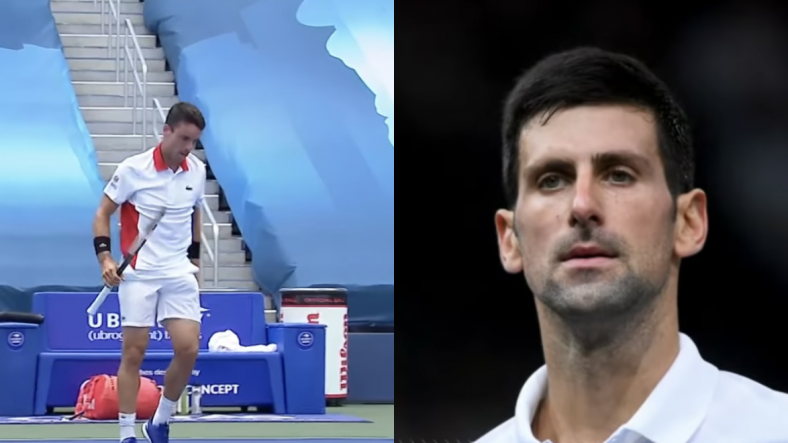 Tennis star Novak Djokovic was informed Thursday upon his arrival at a Melbourne airport that he is being denied entry to the country over his medical exemption from the Covid vaccine.

“The Australian Border Force will continue to ensure that those who arrive at our border comply with our laws and entry requirements. The ABF can confirm that Mr. Djokovic failed to provide appropriate evidence to meet the entry requirements to Australia, and his visa has been subsequently cancelled,” said the Border Force in a statement Thursday.

Barely more than 24 hours passed between the time special permission was granted, and Djokovic’s visa denial after his intercontinental flight to Australia.

“Mr. Djokovic’s visa has been cancelled,” Australian Prime Minister Scott Morrison tweeted. “Rules are rules, especially when it comes to our borders. No one is above these rules.”

Djokovic’s legal team has filed a challenge to the cancellation of his visa and authorities will reportedly allow him to remain in Australia until at least Monday when his legal challenge will be addressed.

The tennis legend had hopes of winning his 10th Australian Open in 2022. The Open starts January 17. Djokovic, a 20-time Grand Slam tournament champion, is the number one ranked male tennis player in the world. The special permission to play in the Open came after months of speculation over Djokovic’s presumed hesitance to vaccination, although he never stated publicly that he was unvaccinated, saying it is a “private matter.”

Tournament director Craig Tiley said 26 players and/or staff filed anonymous applications for medical exemption and that only a “handful” were approved.

“… Seventy-five to 80% of those that apply for medical exemption, it was not granted,” Tiley told Melbourne’s 3AW radio. Djokovic “went through that process and it’s completely legitimate application and process,” he continued, adding that the star was treated no differently than anyone else who applied.

Victoria state Deputy Premier James Merlino said last month that there would not be “a loophole for privileged tennis players.”

“It is a medical exemption in exceptional circumstances if you have an acute medical condition,” Merlino added.

After the decision, fans of Djokovic gathered in the streets in solidarity outside the hotel where Djokovic is thought to be detained, protesting the decision to cancel his visa.