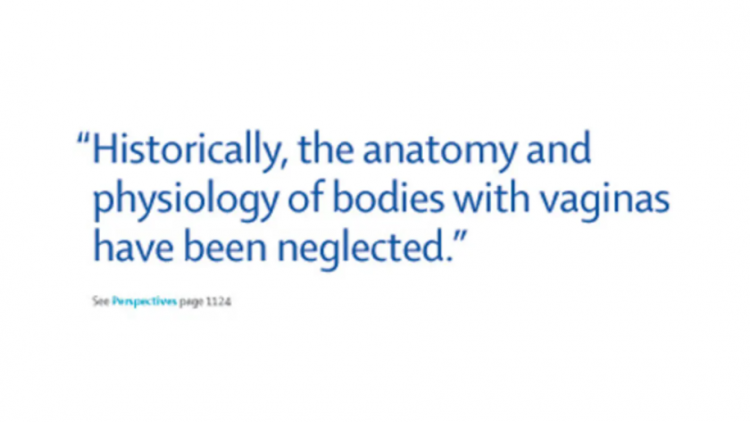 The Lancet, a leading British medical journal, is facing mass outcry after their latest issue on menstruation referred to women by what many felt to be a derogatory and demeaning term.

“Historically, the anatomy and physiology of bodies with vaginas have been neglected,” the cover of the issue reads.

“‘Bodies with vaginas’ ???? What the hell are you talking about? They’re called WOMEN,” tweeted Piers Morgan.

The cover statement and the article in question focus on menstruation. “Periods on display,” talks about “the silence, shame, and stigma surrounding menstruation.” As The Lancet was flooded with criticism, the editor issued an apology statement primarily focused on the transgender agenda.

“I apologize to our readers who were offended by the cover quote and the use of those same words in the review. At the same time, I want to emphasize that transgender health is an important dimension of modern healthcare, but one that remains neglected. Trans people regularly experience stigma, discrimination, exclusion, and poor health, often experiencing difficulties accessing appropriate health care. The exhibition review from which The Lancet cover quote was taken is a compelling call to empower women, together with non-binary, trans, and intersex people who have experienced menstruation, and to address the myths and taboos that surround menstruation,” the statement reads in part.

“We encourage people to read the full review and support a growing movement against menstrual shame and period poverty,” it continues.

“Still amazed that at least half a dozen bodies with eyes saw ‘Bodies with vaginas’, @TheLancet, and not a single one of these bodies with a mind paused to insist, ‘Hang on, this is f[***]ing nuts,'” Alex Massie responded.

“If I were to ask a rabid misogynist for a synonym for “women”, I think “bodies with vaginas” would be at the top of his list,” tweeted Andrew Doyle.

“Are we just supposed to accept this? Are we extremist for objecting to women and girls being de-humanised. Are we really just “bodies with vaginas” to medical professionals?” asked Susan Dalgety.

“The humanity of people with bodies with vaginas has historically been overlooked. But luckily we don’t do that any more,” said feminist Mary Harrington.