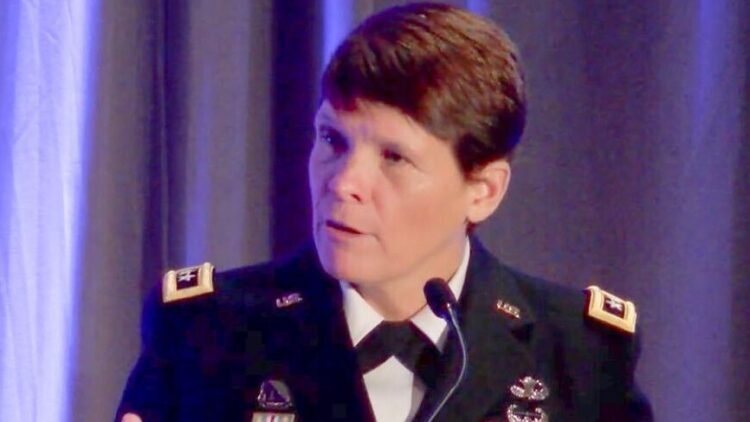 Lt. Gen. Maria Gervais tweeted out a photo thanking American troops for their bravery, but there is one problem: the soldiers in the photo aren’t American, they’re British.

“This picture is worth 1000 words–thanks to these American hero’s [sic]. #Grateful,” the tweet reads.

RELATED: State Department slammed after calling on Taliban regime in Afghanistan to be ‘inclusive’

Many people expressed shock and embarrassment that one of America’s military commanders would know so little about the troops that she would mistake them for a different nationality.

“A US Army Lt. General posted a pic of BRITISH soldiers and said thanks thinking they were Americans.  WE ARE GOING TO LOSE A MAJOR WAR,” one Twitter user commented.

The general’s tweet comes on the heels of the Biden administration’s botched withdrawal from Afghanistan, and has led to questions not only about President Biden’s abilities as commander in chief, but also about top leadership in the military. Even before the Afghanistan withdrawal, reports of commanders focusing on woke topics rather than military training were drawing a lot of attention from the American people.

“Thank goodness you’re not on the front or folks would be getting fragged. “I just shot another taliban!”. No ma’am that was another American,” tweeted Andrew Kloster.

“You should have Gen. Milley’s Job. Just as on top of things as he is,” quipped another.

“No kidding. My brother-in-law writes his admiral’s emails because the man is incapable of forming a coherent sentence. But he represents diversity so at least we have that going for us in the Pacific,” tweeted another user.

“You must be suuuuuuuuuper-woke [sic] to have gotten as far as you’ve gotten without even knowing what an American soldier looks like,” Lavern Spicer tweeted.

“On top of which, she’s Deputy Commanding General of the U.S. Army Training and Doctrine Command. And the plural of hero is heroes not hero’s,” another person observed.

“Jesus Christ nothing says desk-bound like not even knowing what a US soldier looks like,” said another.

Gervais responded to the clapback on Twitter, correcting her mistake and thanking the British troops instead.

“Absolutely correct— British troops— thankful to our British heroes and all who helped w/ this mission! Absolutely love the picture!!” Gervais tweeted.