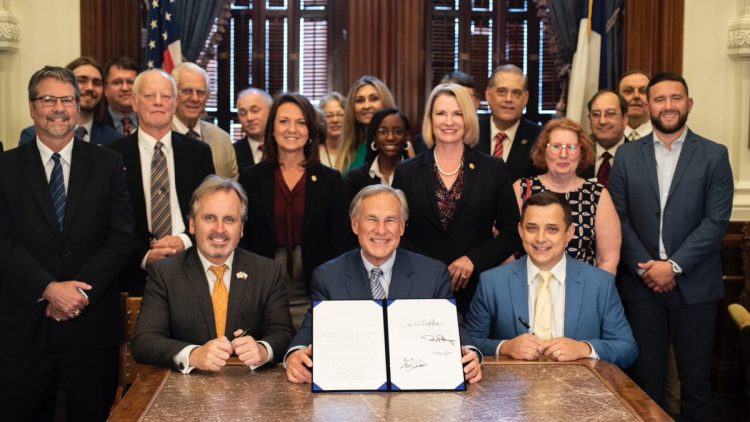 “We will always defend the freedom of speech in Texas, which is why I am proud to sign House Bill 20 into law to protect first amendment rights in the Lone Star State,” Abbott said in a statement.

“Social media websites have become our modern-day public square,” he added. “They are a place for healthy public debate where information should be able to flow freely — but there is a dangerous movement by social media companies to silence conservative viewpoints and ideas. That is wrong, and we will not allow it in Texas.”

The law passed during a special session in August prevents media companies with more than 50 million monthly users from banning a person based on their political views. It also requires consumer protection disclosures from Big Tech social media giants.

“They also must review and remove illegal content within 48 hours. House Bill 20 also prohibits email service providers from impeding the transmission of email messages based on content,” the governor’s news release said.

“We will always defend freedom of speech in Texas, which is why House Bill 20 is now LAW in the Lone Star State. This law will protect Texans from wrongful social media censorship,” Abbott tweeted in support of the new law.

“At this point, a small handful of social media sites drive the national narrative and have massive influence over the progress and developments of medicine and science, social justice movements, election outcomes, and public thought,” Cain told The Texas Tribune.

The legislation is set to take effect in December.

“Today, Floridians are being guaranteed protection against the Silicon Valley power grab on speech, thought, and content. We the people are standing up to tech totalitarianism with the signing of Florida’s Big Tech Bill,” DeSantis tweeted in May.

“This session, we took action to ensure that ‘We the People,’ real Floridians across the Sunshine State, are guaranteed protection against the Silicon Valley elites,” DeSantis said at the time. “Many in our state have experienced censorship and other tyrannical behavior firsthand in Cuba and Venezuela,” he added.