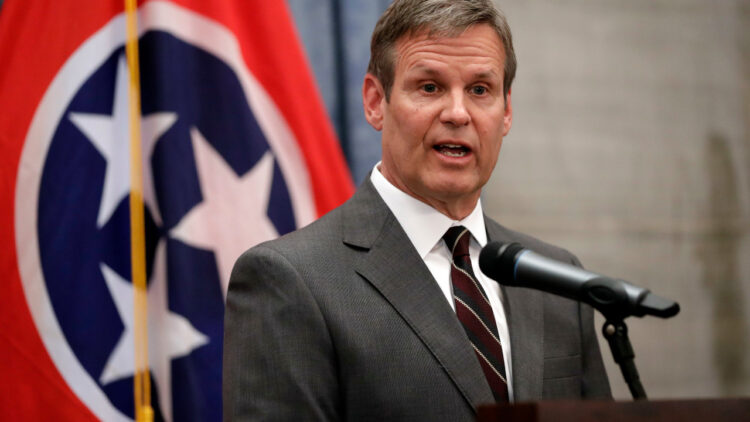 “We need to make sure that our kids recognize that this country is moving toward a more perfect union, that we should teach the exceptionalism of our nation and how people can live together and work together to make a greater nation, and to not teach things that inherently divide or pit either Americans against Americans or people groups against people groups,” Lee said.

The legislation set to take effect July 1 prohibits teachers from teaching students that “an individual, by virtue of the individual’s race, or sex, is inherently privileged, racist, sexist or oppressive, whether consciously or subconsciously.”

The law bans teachers from “promoting division between, or resentment of, a race, sex, religion, creed, nonviolent political affiliation, social class, or class of people” and teaching that “[Tennessee] or the United States is fundamentally or irredeemably racist or sexist.”

Tennessee Republican lawmakers passed other bills prohibiting teachers from teaching sexual education, contraception, and gender identity without a 30-day notice given to parents and letting them opt their children out of such curriculum.

Tennessee is the latest state to impose bans on the teaching of critical race theory. Idaho, Oklahoma, and Arkansas have also recently passed similar bans.

Rhode Island also proposed a rule banning teachers from teaching students that Rhode Island or the United States are “fundamentally racist or sexist.”

Many GOP-controlled states are instituting similar plans spearheaded by former President Donald Trump when he introduced two executive orders last year calling for patriotic education to be taught in schools and a ban on diversity training for federal workers. Both orders have been reversed by President Biden.

Trump sought to end critical race theory and the 1619 project, a New York Times Magazine project that revises American history with an emphasis on slavery being the nations founding principle, with his 1776 Commission.

“Critical race theory, the 1619 Project and the crusade against American history is toxic propaganda, ideological poison, that, if not removed, will dissolve the civic bonds that tie us together, will destroy our country,” Trump said.