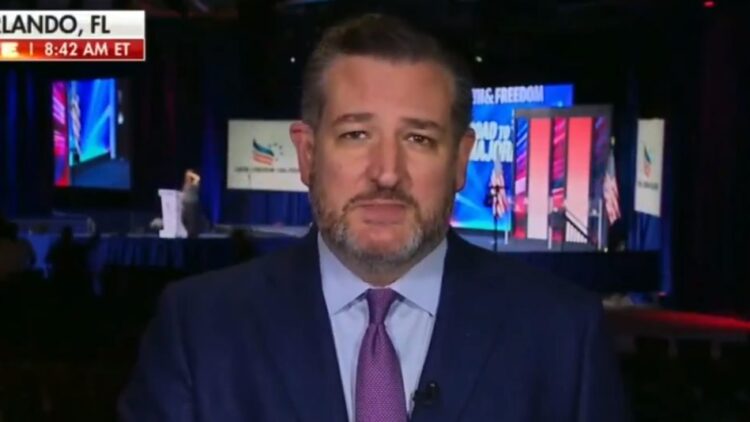 “It is, and it is a complete and total abdication by the federal government. Joe Biden and Kamala Harris are quite simply not doing their job. They’re refusing to enforce the law,” Cruz said when asked by Fox News Host Steve Doocy about the “mess” at the border.

“And they’ve created an unmitigated crisis at the border,” he added.

Cruz explained that the situation at the border is much worse than it has ever been based on his experience from living in Texas and being at the border numerous times.

“A couple of months ago, I took 19 senators down to the border to see firsthand what was happening, and I’ve been to the border many times. It is worse than it has ever been,…We had just last month over 180,000 people cross illegally, last month,” he said.

“We’re on pace for two million people to cross illegally, and Joe Biden and Kamala Harris have zero intention of doing anything. That’s why they won’t go to the border,…At this point, it’s almost like a comedy show.”

Regarding Harris’s refusal to visit the border after being named Border Czar by Biden in March Cruz said, “She’s afraid of what’s going on down there and they have no solutions.”

Last week, Cruz spoke on the Senate floor about the various crisis’ Americans have seen so far under Biden’s time as President.

“We’re not facing a humanitarian crisis, a border crisis, a public health crisis, a national security crisis in Europe. We’re facing one on our southern border, we’re facing it in my home state of Texas. And the vice president, it seems, cannot be bothered,” Cruz said in regards to Harris’ dismissal of not visiting the border by saying she hasn’t been to Europe either.