Teacher allegedly fired for not meowing at student who identifies as a cat: ‘you can’t make this up’ 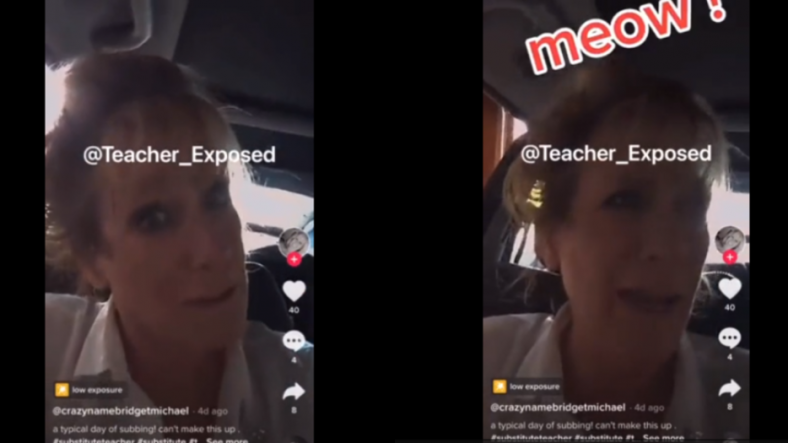 A teacher is alleging she was let go from her substitute teaching position for choosing not to “meow” back at a child who thinks they are a cat.

“We no longer need your services if you can’t identify with all the children in the classroom,” the school allegedly told the teacher after the incident.

RELATED: Kid admits on video that his mom tries to ‘convince’ him to join LGBTQ community: Watch

During roll call, the teacher said she heard meowing as she walked up and down the aisles of students.

“I get to the third row and I hear this ‘meow!’ Uhhh, excuse me? Excuse me?” she narrates on a TikTok video she posted detailing the bizarre incident.

“I start looking on the ground, through the fourth row—everything’s good. Go to the fifth row—everybody’s there. Then I hear ‘meow!’ I’m like, ‘Okay, what’s up with that? Who’s doing it?’ And this little girl in the very front row says, ‘You have to meow back at him; he identifies as a cat.’”

The teacher responded by asking, “Is there a litter box in here somewhere?”

The ‘cat’ child “storms out of the classroom,” she continued.

Although she said she thought better of it afterwards, she followed up with a “RUFF” as he walked out, making the rest of the children laugh.

At the end of the day, she said she was let go from her position for a failure to “identify with all the students.”

“I didn’t know cats were considered people; I thought they were pets,” she told the office staff.

“And you wonder why they don’t have any subs!” she exclaimed.

“We have lost our ever-loving minds. You can now get fired if you don’t believe a child should identify as an animal? Lord, help us!” someone tweeted.

“Leftist insanity is destroying our children,” one person said.

“This is beyond INSANITY!” commented someone else.

“A society that accommodates insanity can not long survive as it can no longer rightly distinguish between reality & falsehood. #AntonioGramsci #subversion #truth #mindcontrol,” tweeted another.

“A typical day of subbing! can’t make this up…,” the teacher observed in the caption of her TikTok video.

RELATED: K9s deployed into schools to sniff out Covid-19