Media talking point debunked: ‘We have not had any patients with issues related to ivermectin’ 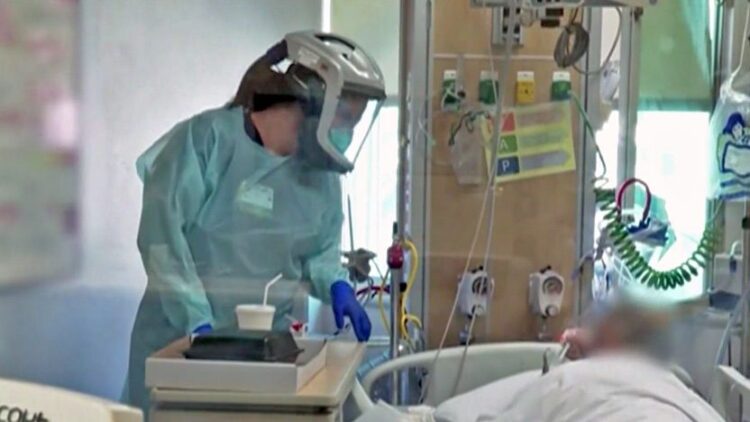 An ER doctor raised eyebrows after he alleged that hospitals he works at are becoming overrun with ivermectin overdoses. One hospital he claimed to work at, however, had a different story.

“The ERs are so backed up that gunshot victims were having hard times getting to facilities where they can get definitive care and be treated,” Dr. Jason McElya told KFOR.

The hospital McElyea described is NHS-Sequoyah, located in Sallisaw, Oklahoma. After McElyea’s interview, Sallisaw’s hospital administrator, Stephanie Six, said the ER-related issues he described were not the case at the hospital.

“I can’t speak for what he has witnessed at other facilities, but this is not true for ours,” Six said. “We certainly have not turned any patients away due to an overload of ivermectin-related cases. All patients who have come into our ER have been treated as appropriate.”

As Covid cases have again begun to rise, rumors have spread of people taking ivermectin, primarily for large livestock, to treat parasites. The American Medical Association released a statement this week calling for the “immediate end” of the use of ivermectin to treat Covid-19. The FDA has not authorized it whatsoever to prevent or treat Covid-19.

“Animal drugs are highly concentrated for large animals and can be highly toxic in humans,” an FDA spokesperson said in a statement.

“Patients overdosing on ivermectin backing up rural Oklahoma hospitals, ambulances,” Rachel Maddow wrote on Twitter. “‘The scariest one I’ve heard of and seen is people coming in with vision loss,’ he said.” Maddow also linked an article of McElyea’s KFOR interview. Leighton Akira Woodhouse, a filmmaker, then refuted Maddow’s tweet.

“This is amazing. The media literally has no vetting process, it’s just straight from someone talking sh*t to national news,” Woodhouse wrote on Twitter. “The same vaunted voices trying to shut everyone down for misinformation, just gushing it out like they’re Occupy Democrats or Gateway Pundit.”

“We want everyone to know that we are working hard to provide quality healthcare during the Covid-19 pandemic,” Six said. “Again, I can not speak for Dr. McElyea or any other facility, but we are not overrun with patients with ivermectin-related issues.

KFOR did not respond to the Independent Chronicle’s request for comment.