Taliban murdered 8-month pregnant woman in front of her son and husband: Report 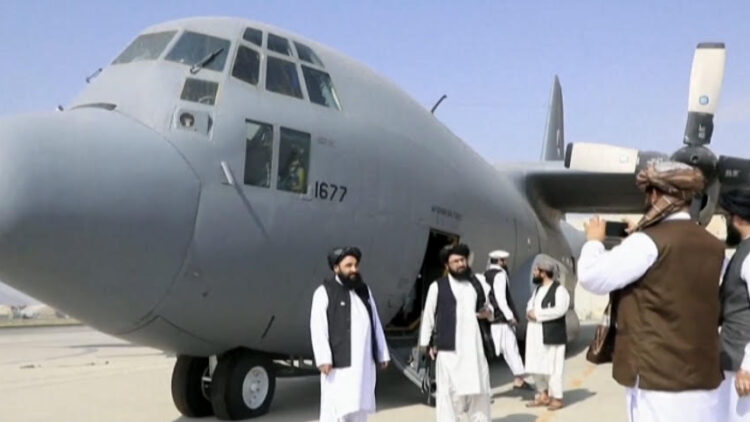 The Taliban murdered a pregnant policewoman in front of her family on Saturday night, according to her son.

“They killed our mother before our eyes. They killed her with a knife,” Negar Massomi’s son, Mohammad Hanif, said.

Massomi’s killing was confirmed first to CNN by a local journalist in Firozkoh, the capital of Ghor province in Afghanistan. Video obtained by CNN showed Hanif saying that the Taliban came inside the family’s house, then took himself and his brother outside and tied them up. The journalist added that Massomi worked in Ghor prison and was eight months pregnant at the time of her death.

The Taliban has denied the allegations. However, a report by BBC News has cited three sources that all said the Taliban beat and shot Massomi in front of her husband and children. The family also provided the BBC with graphic images of blood spattered across walls and a body with its face disfigured.

Bilal Kareemi, a Taliban spokesperson, released a statement and continued to deny the allegations by the family of the deceased.

“She hasn’t been killed by the Mujahideen of the Islamic Emirate, probably it is because of a personal animosity, but we haven’t received the final result of the investigation,” Kareemi said.

“Our Mujahideen are busy investigating the incident, and we will share with you our final findings as soon as we receive it,” he added.

Hanif and his family say they expect something to be done soon and have warned that they “might have to take the law into our own hands.”

Since taking over Kabul, the Taliban has attempted to portray themselves as a more inclusive, open government. They have even made assurances about respecting women’s rights and granting amnesty to those who fought them. Reports of violence, especially against women that have come out of the country since the takeover, tell a different story.

On Saturday, the Taliban broke up a women’s rights protest in Kabul with “bloody violence” and “tear gas.” A woman in attendance at the protest told Reuters that the Taliban “hit women on the head with a gun magazine” and “the women became bloody.” Protesters told Taliban officials who waded into the crowd that they wanted their rights to be protected.

“They think this is a man’s country, but it is not. It is a woman’s country too,” Farhat Popalzai, a 24-year-old university student, said.

While the Taliban has said they would allow Afghan women to continue attending universities, the group said that women cannot be in the same room as men and will have to be taught by female teachers.